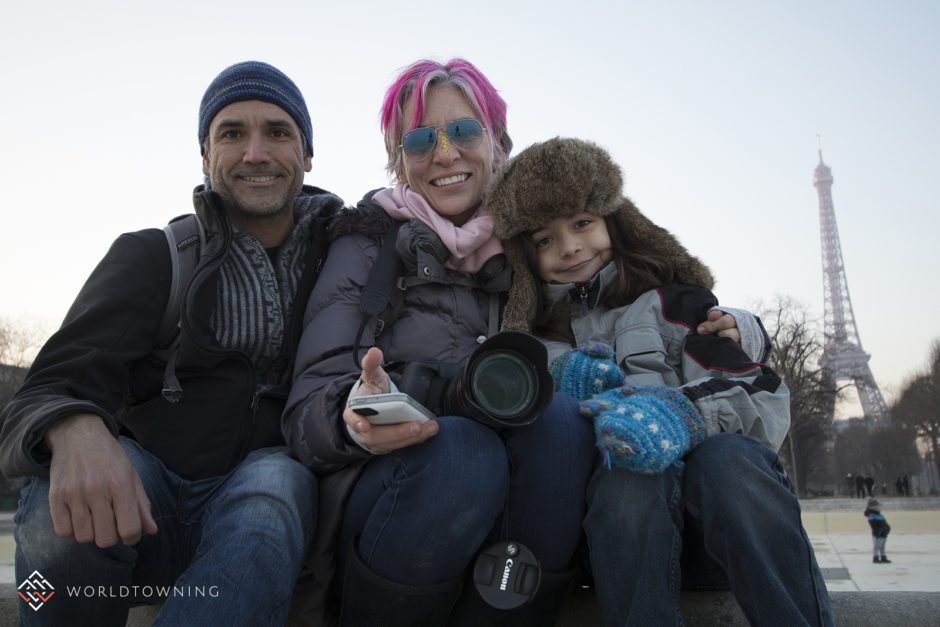 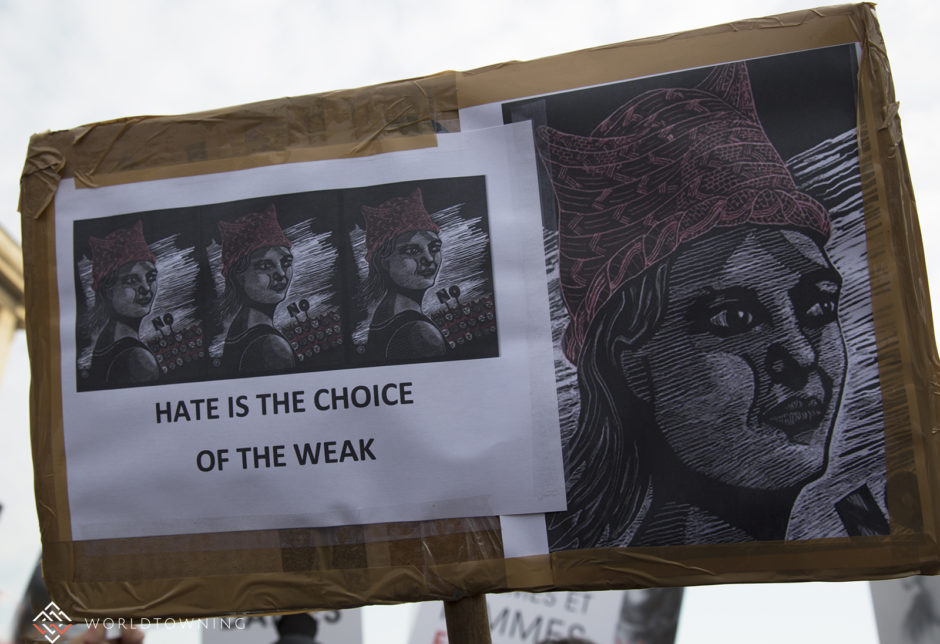 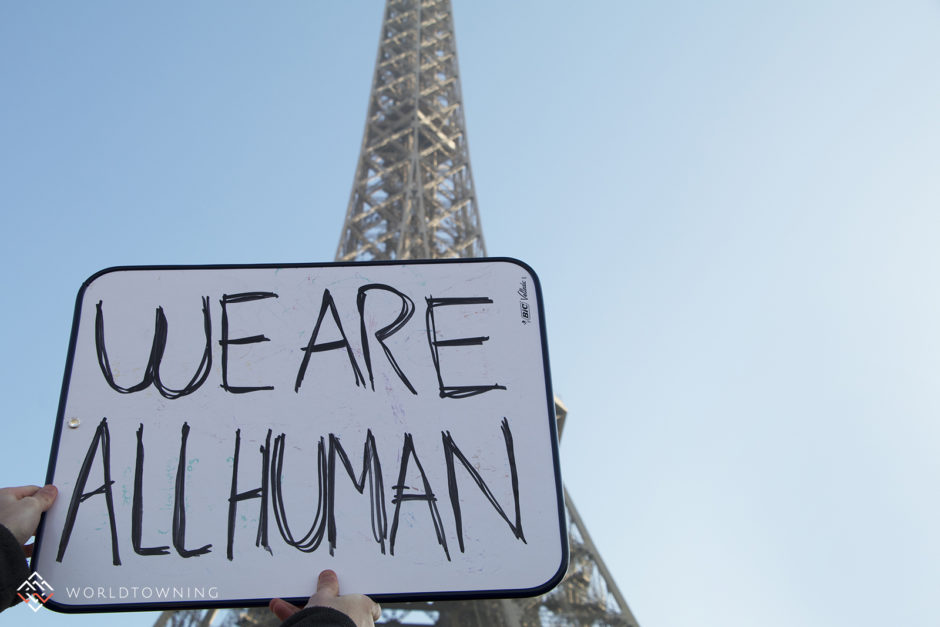 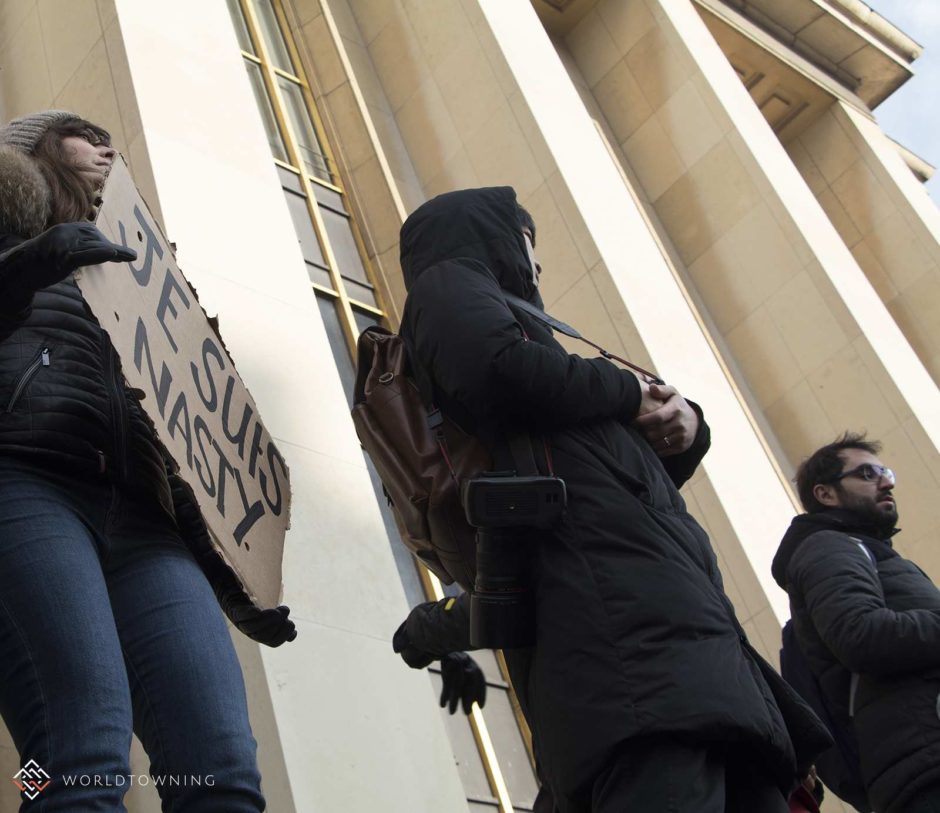 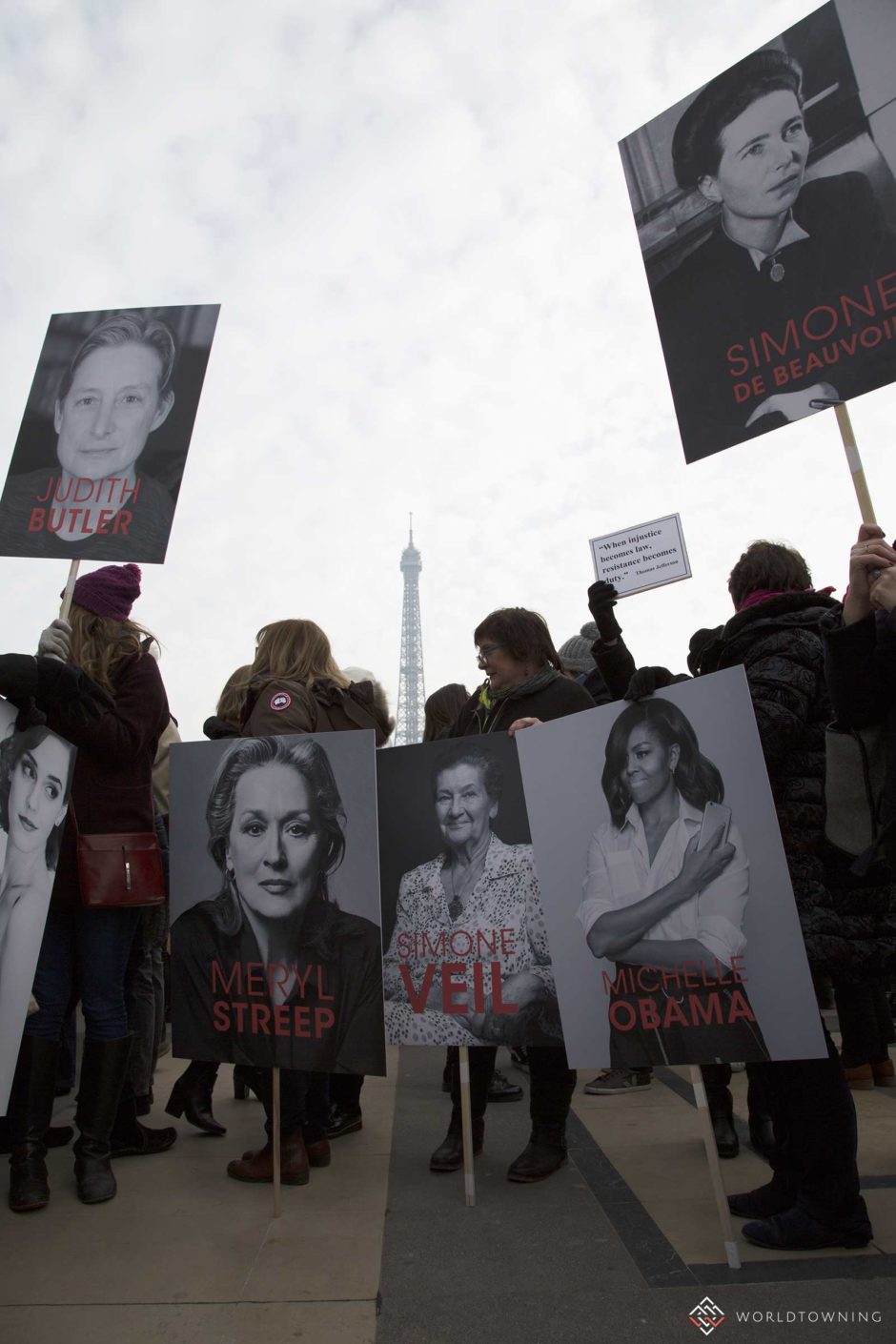 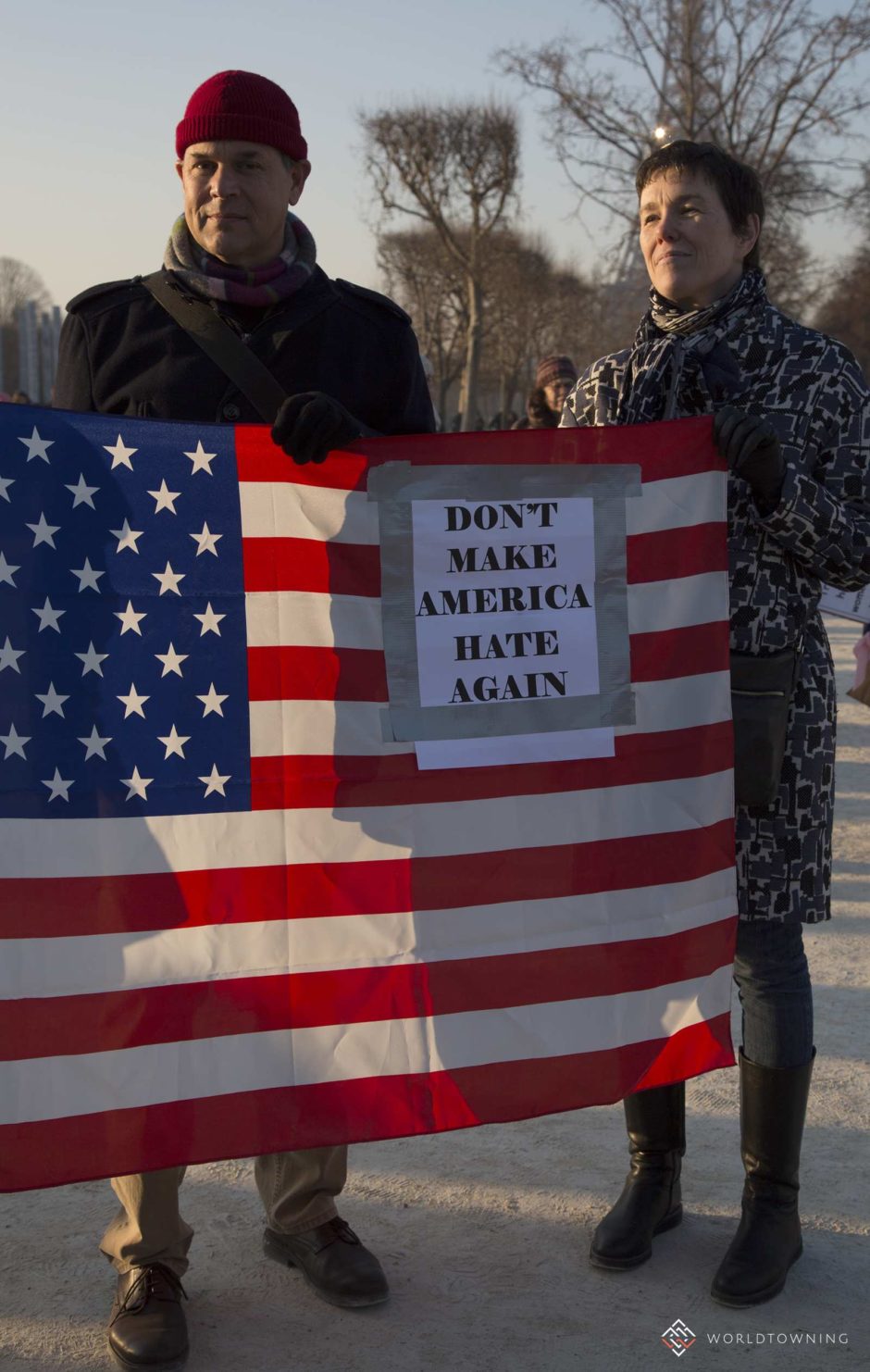 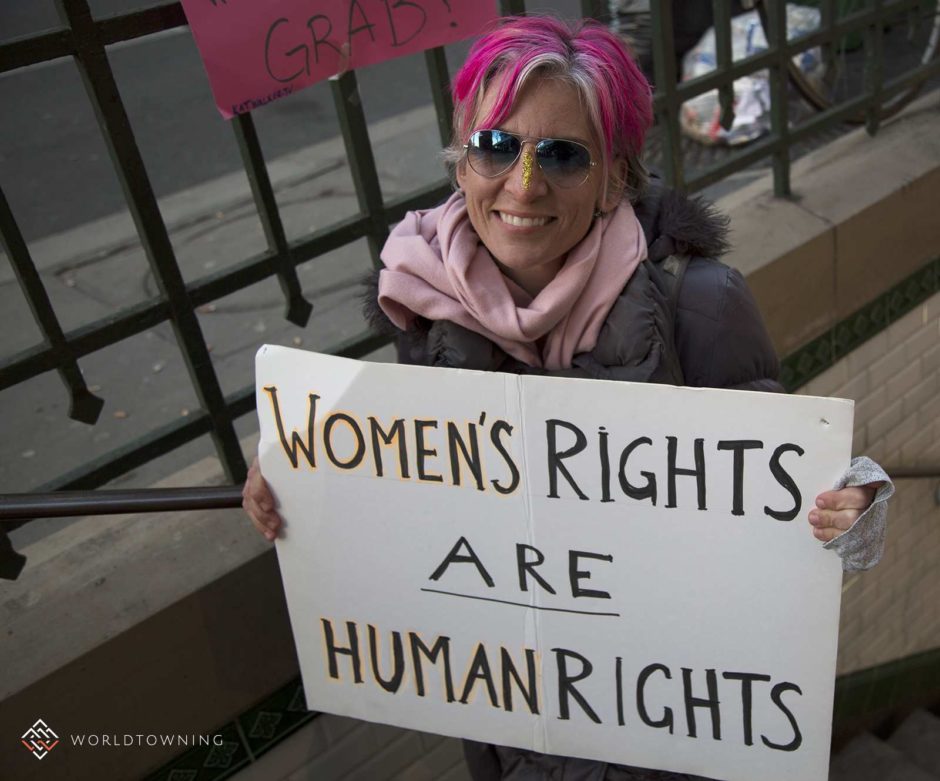 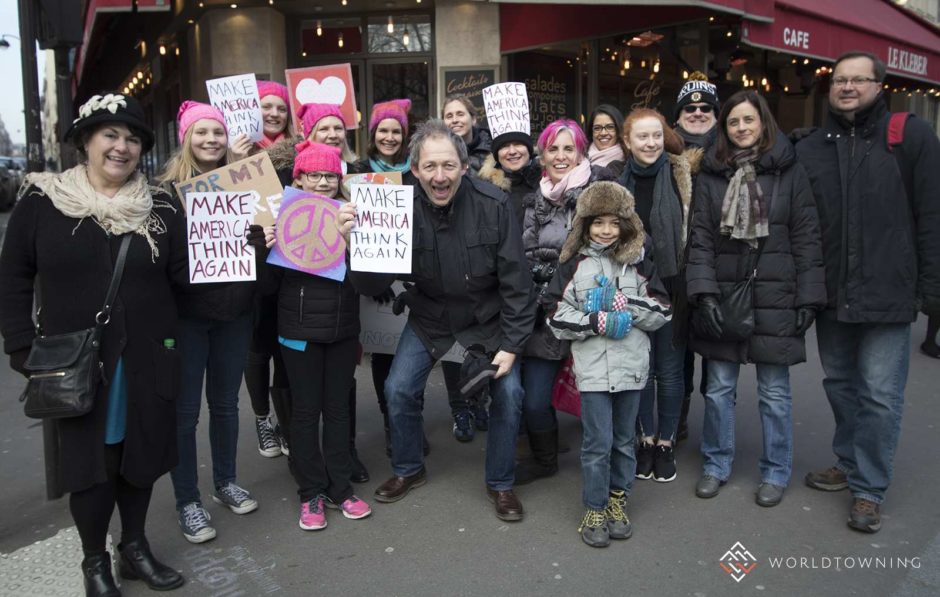 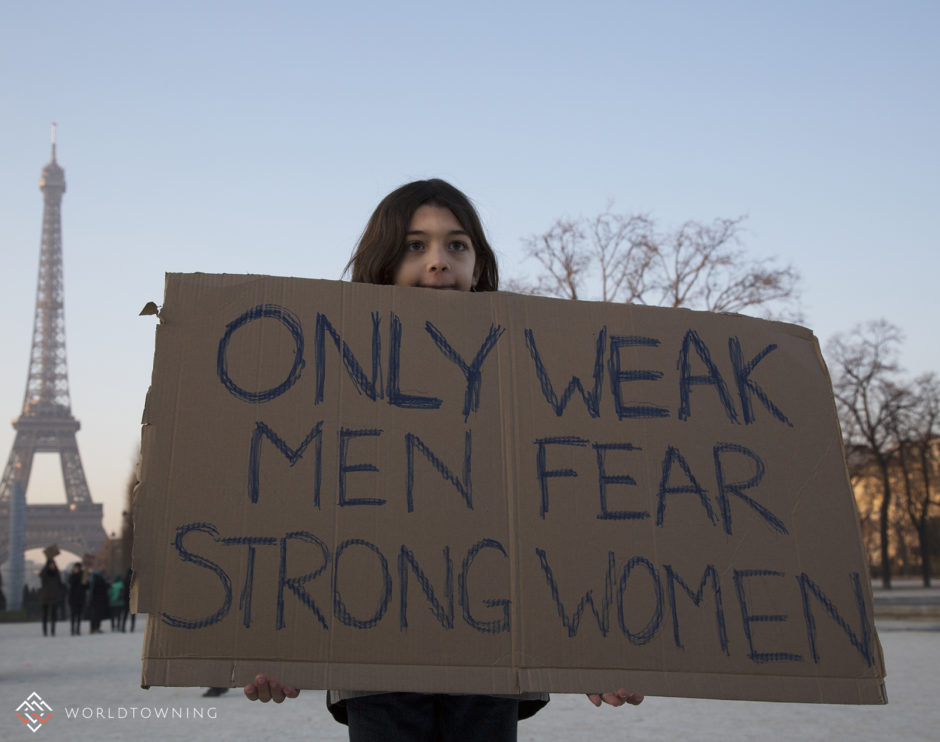 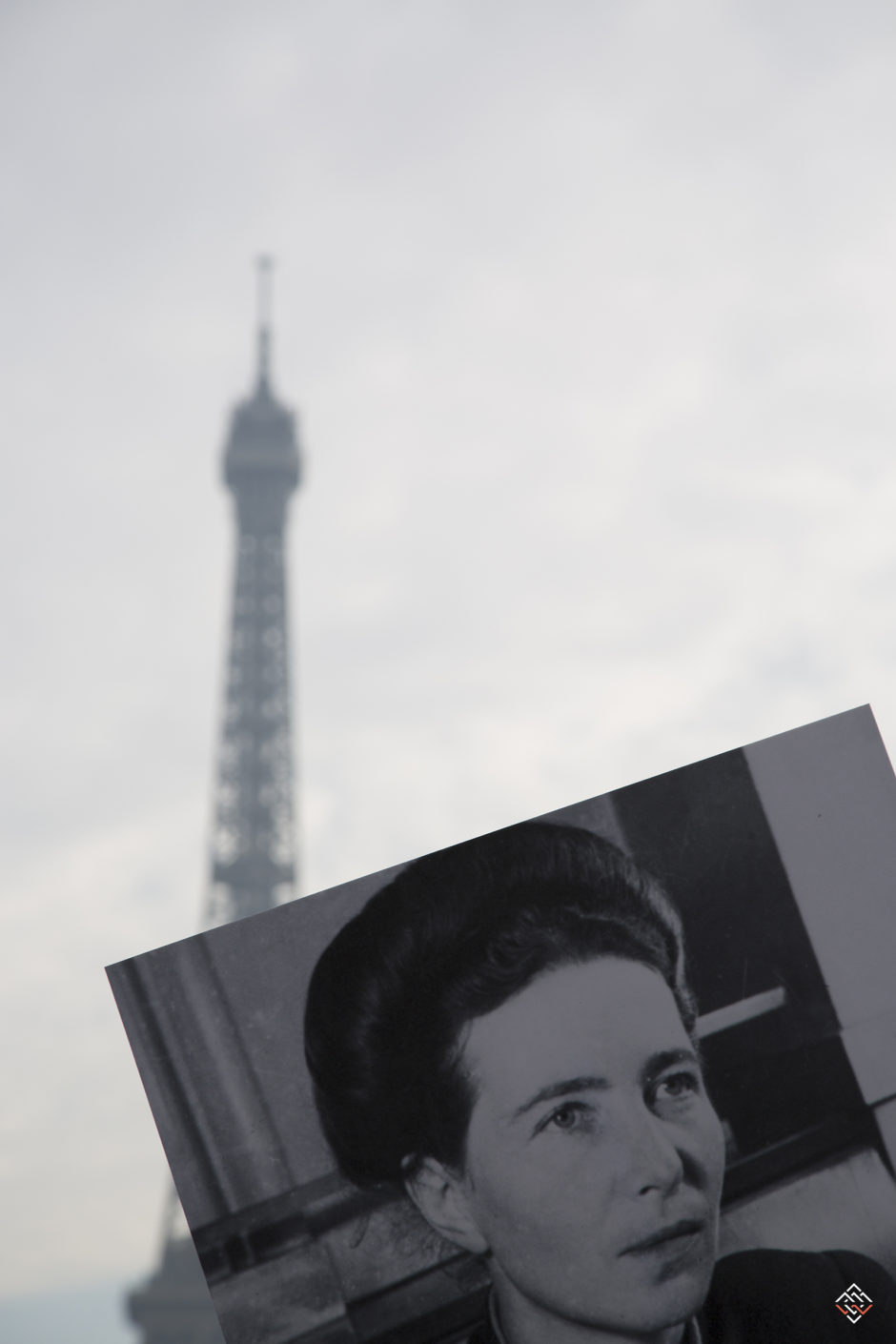 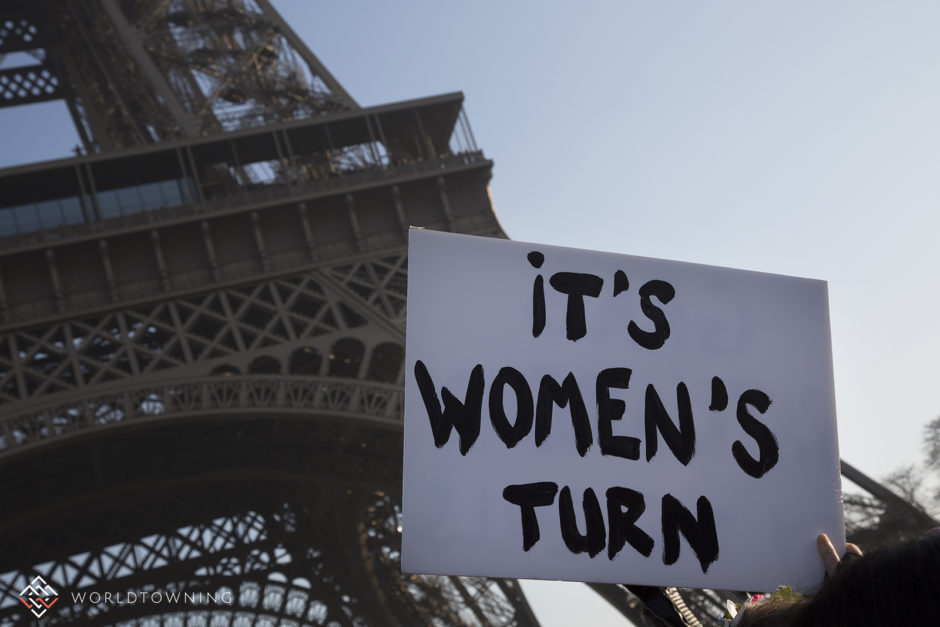 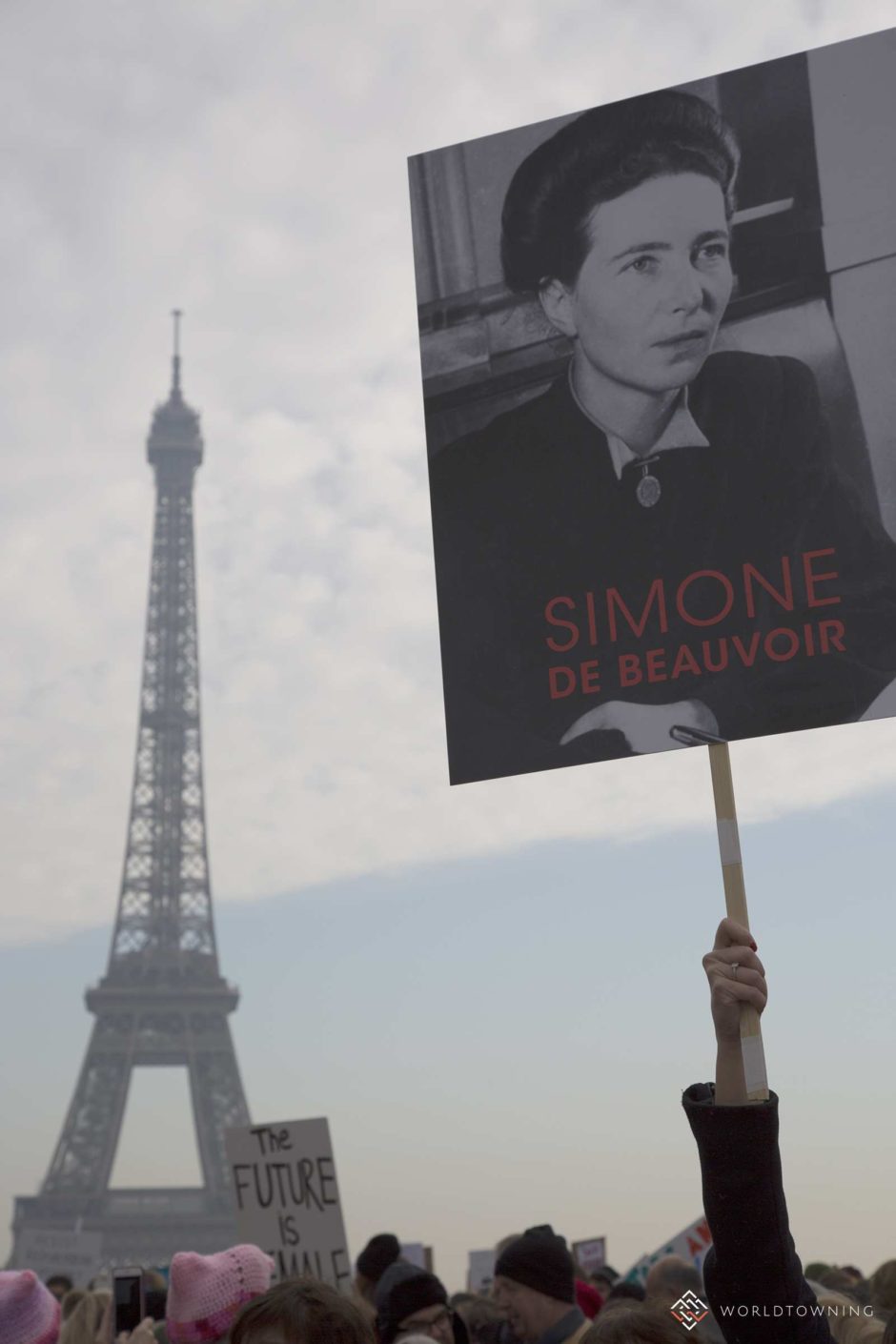 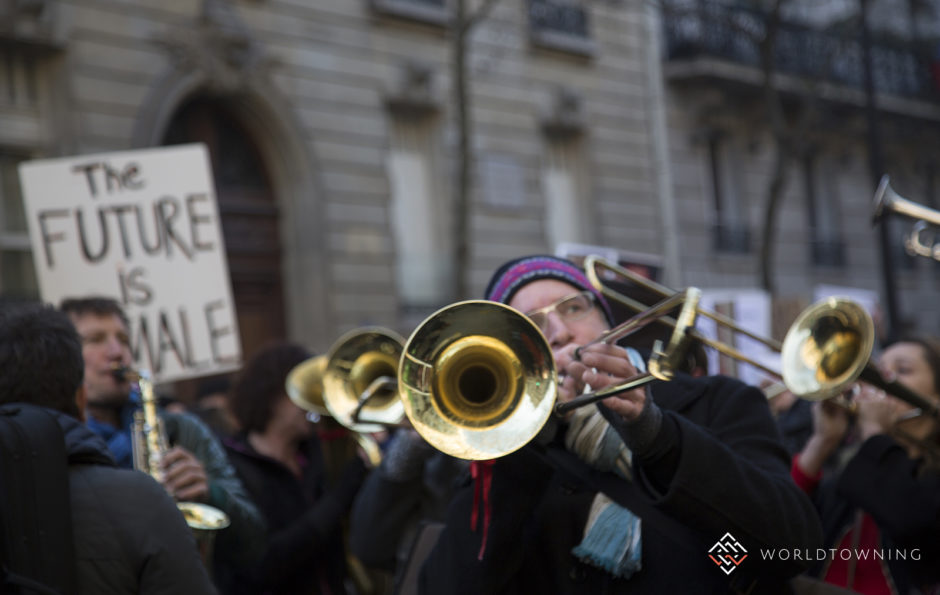 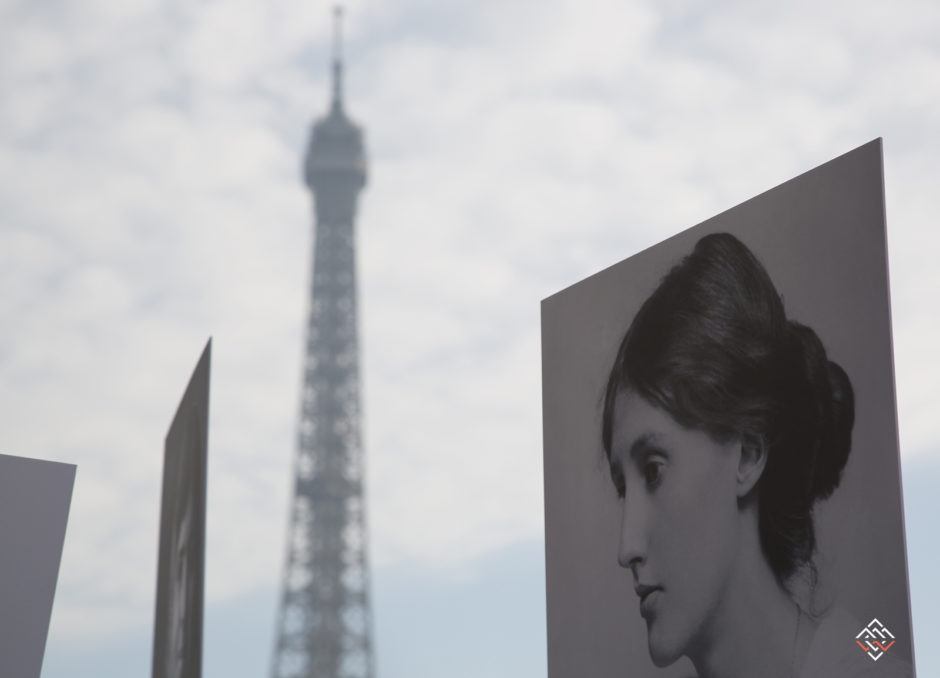 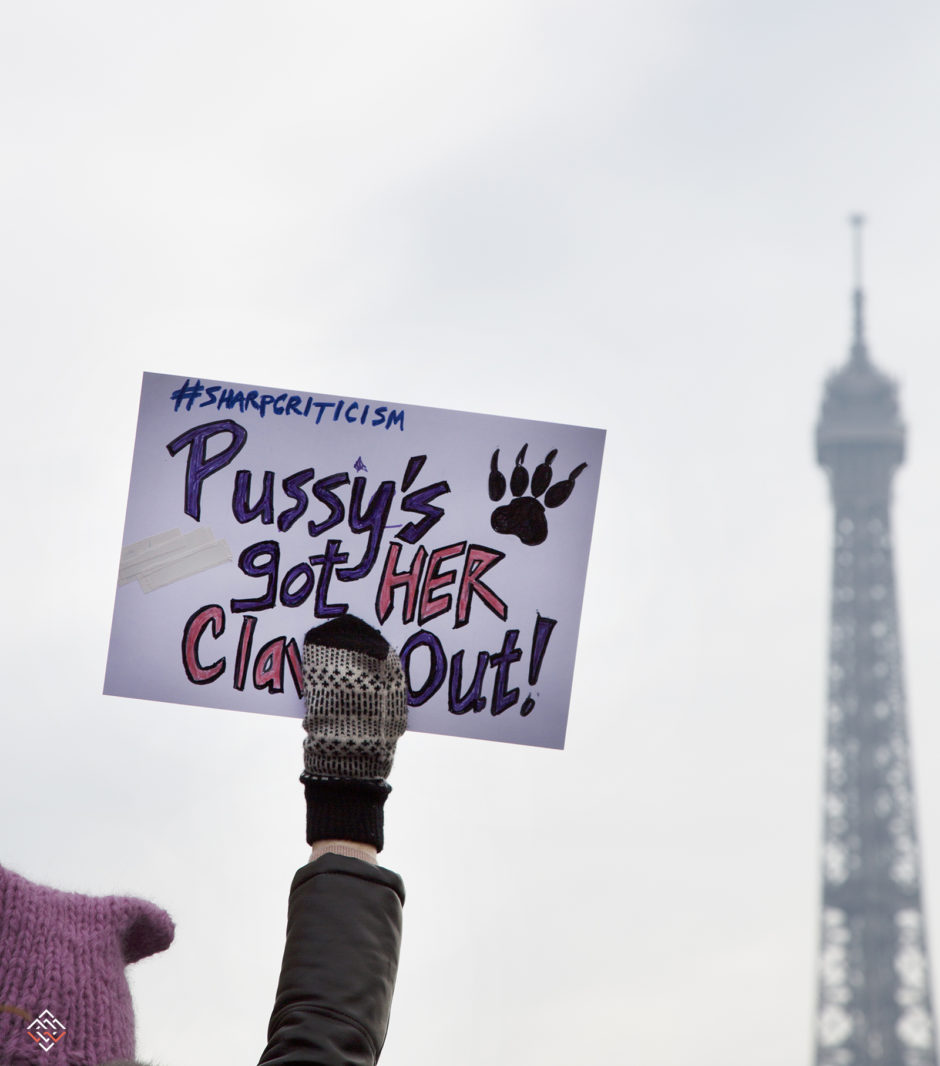 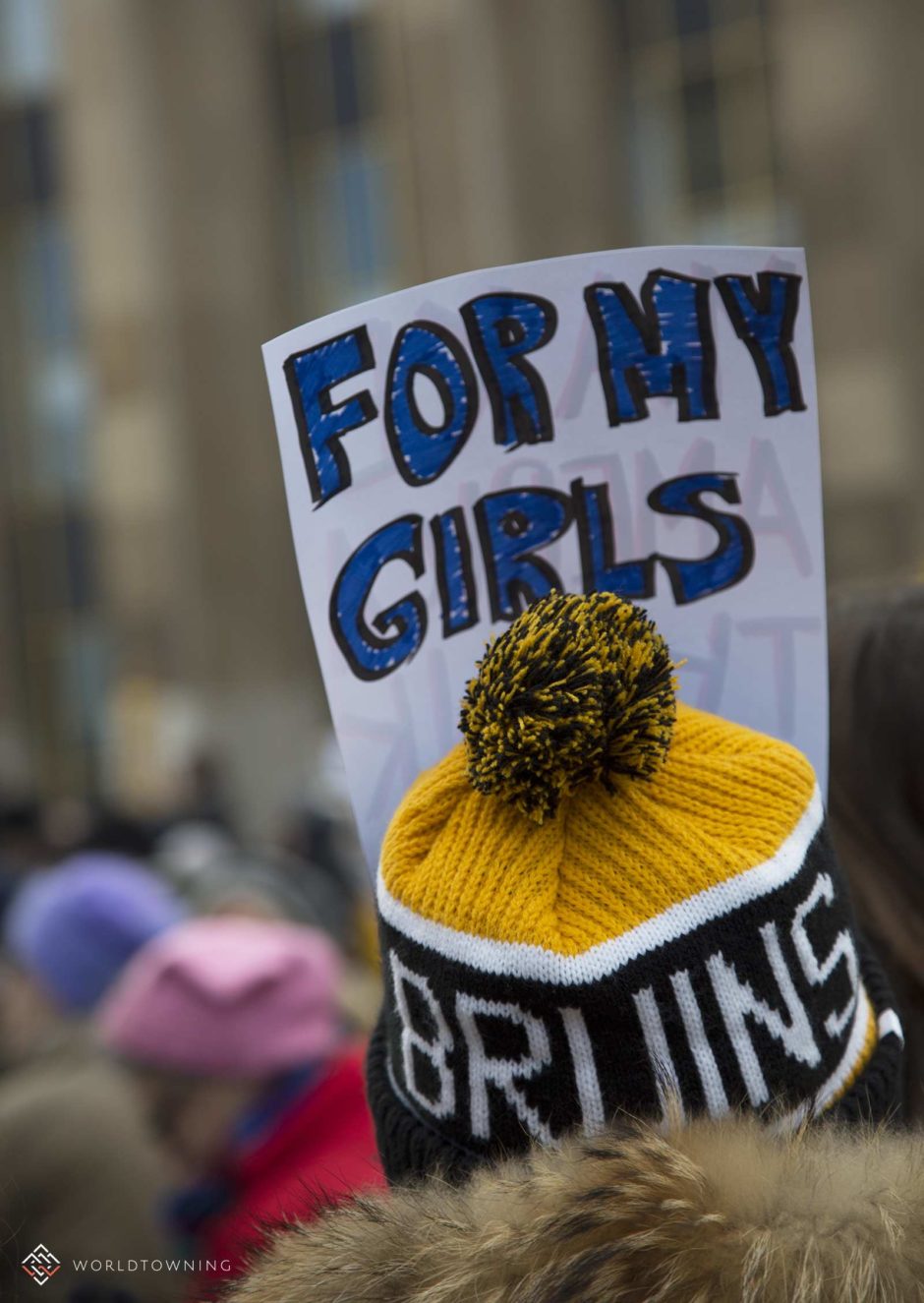 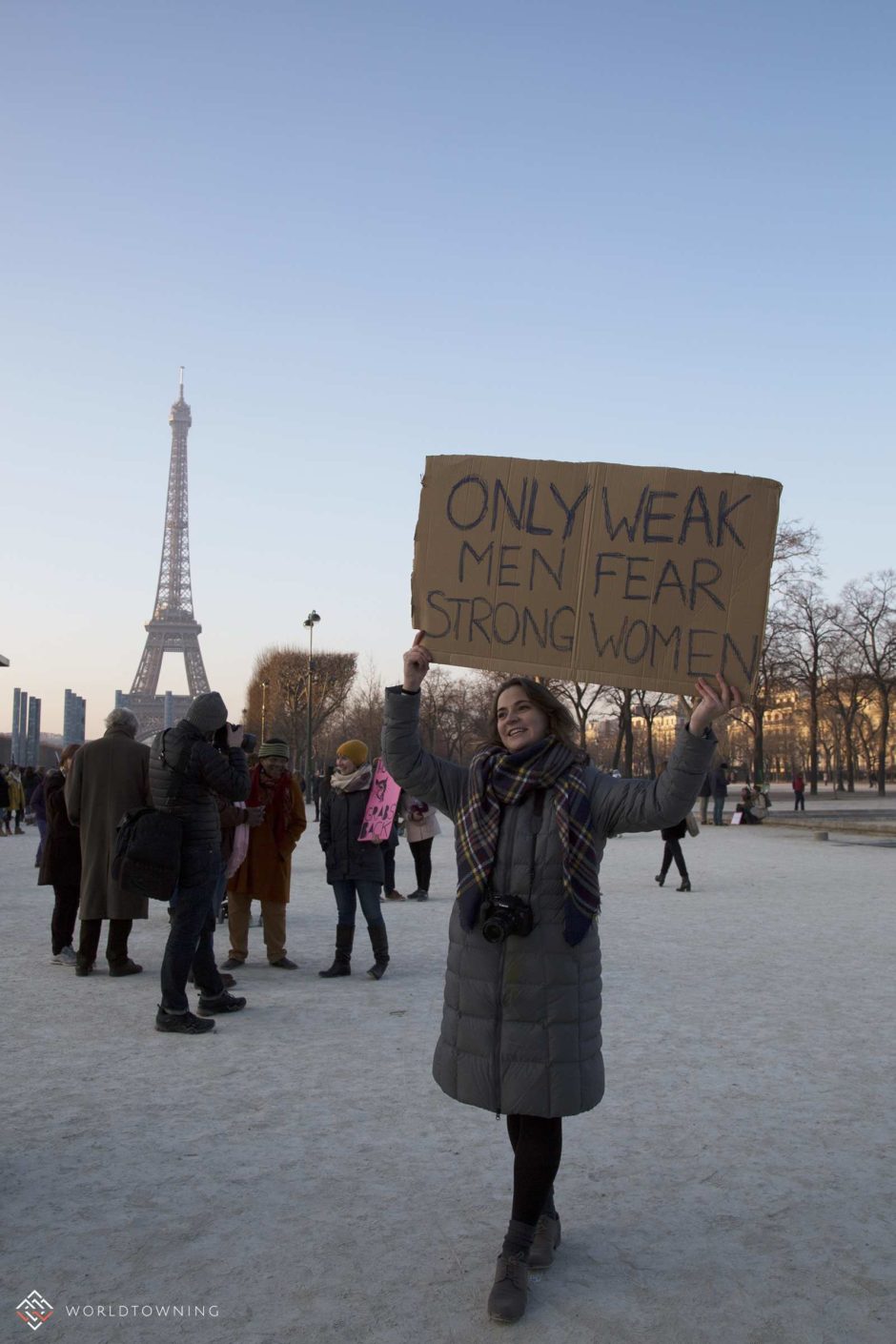 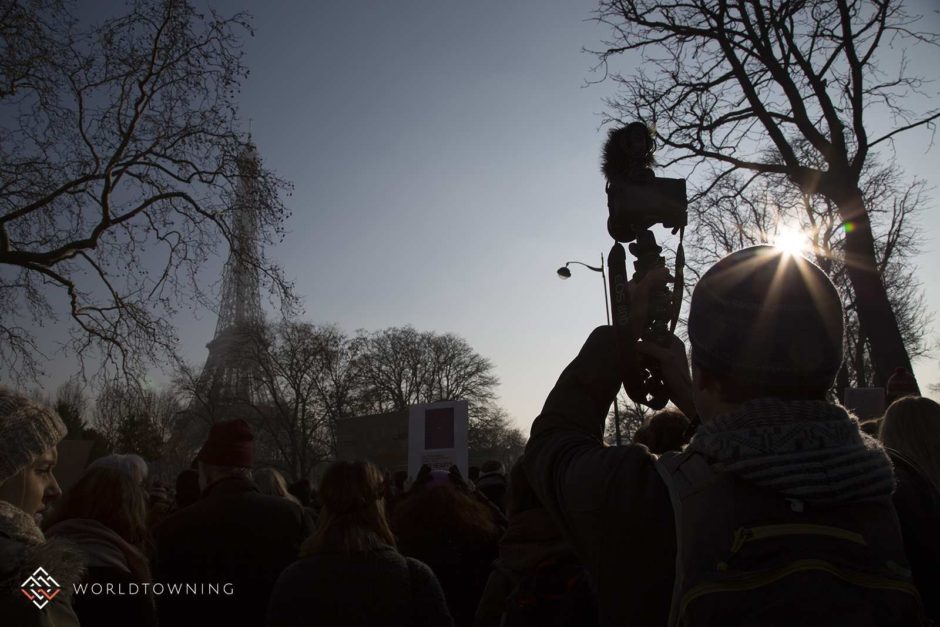 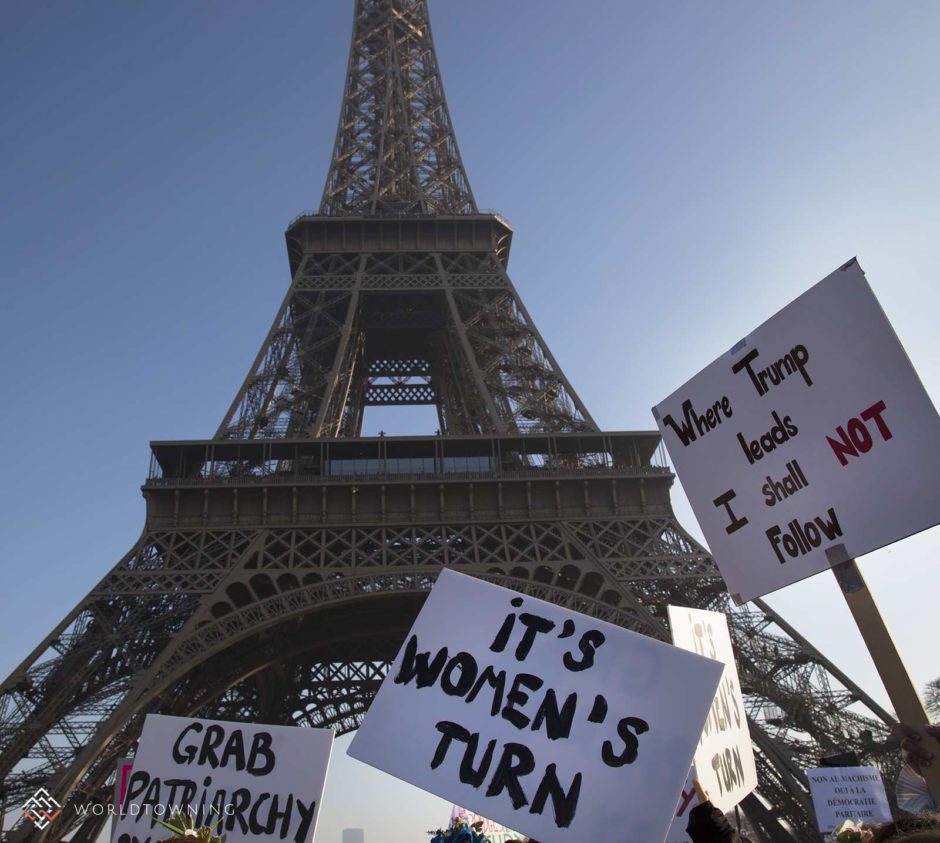 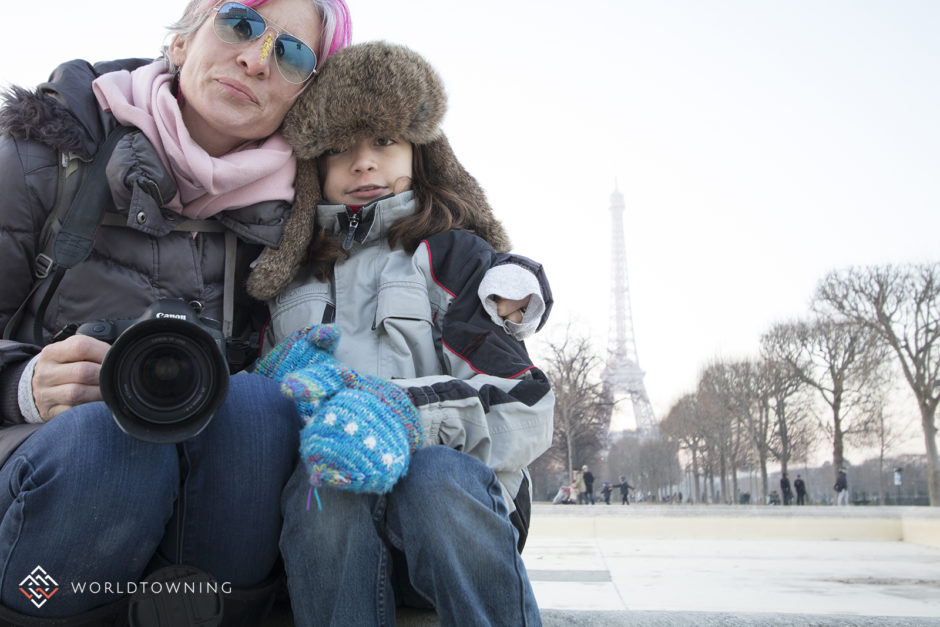 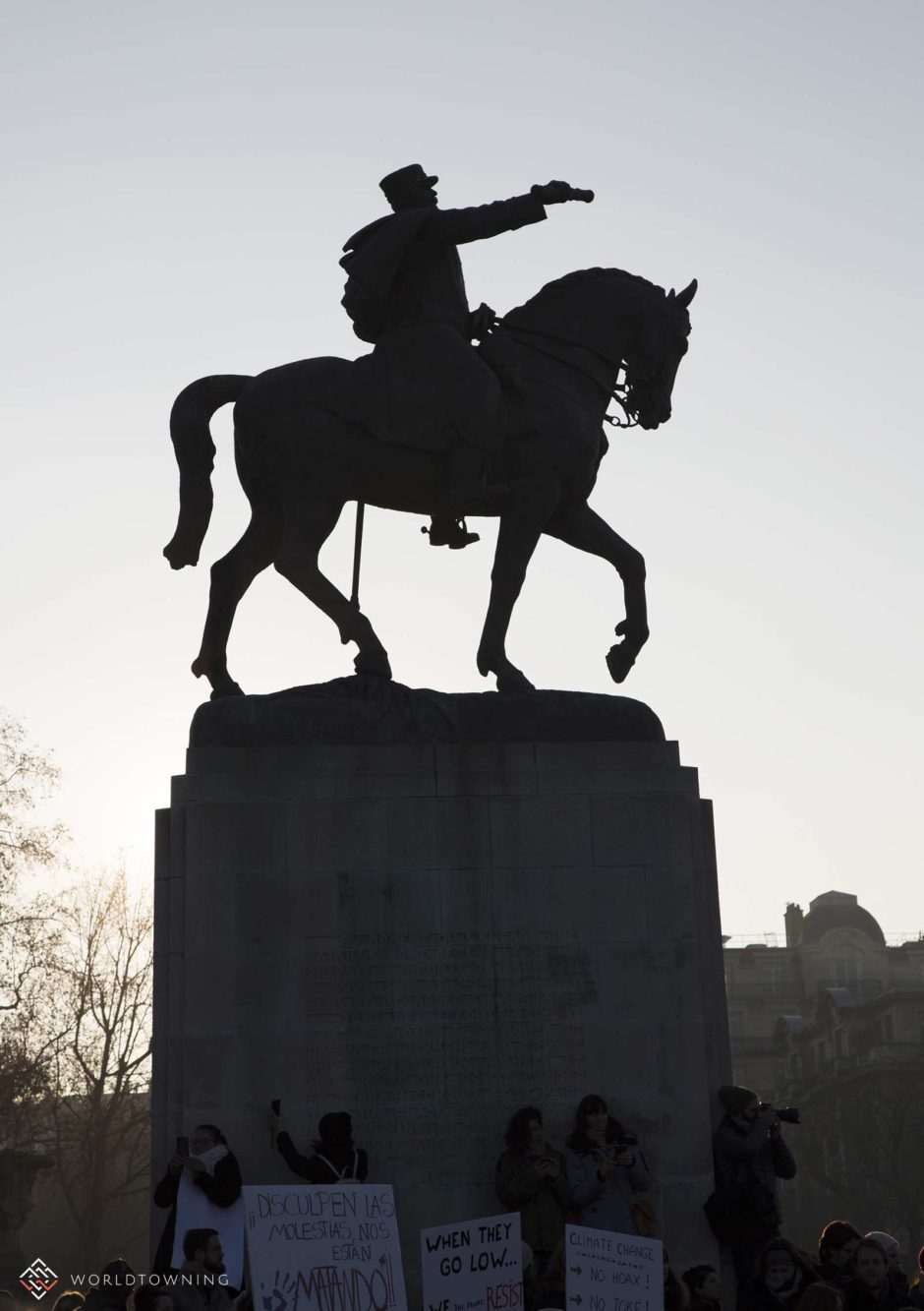 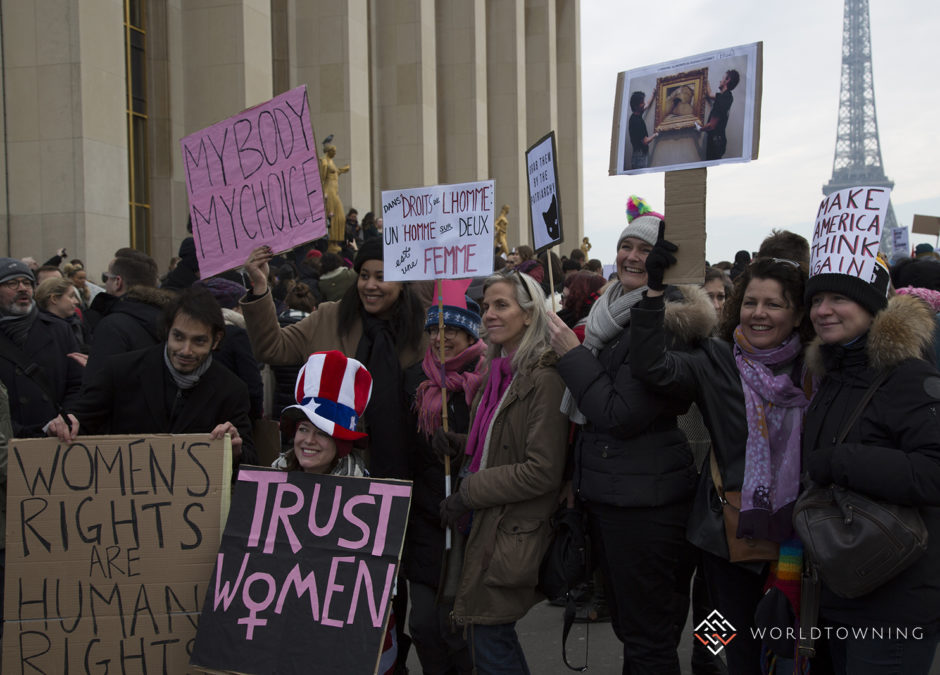 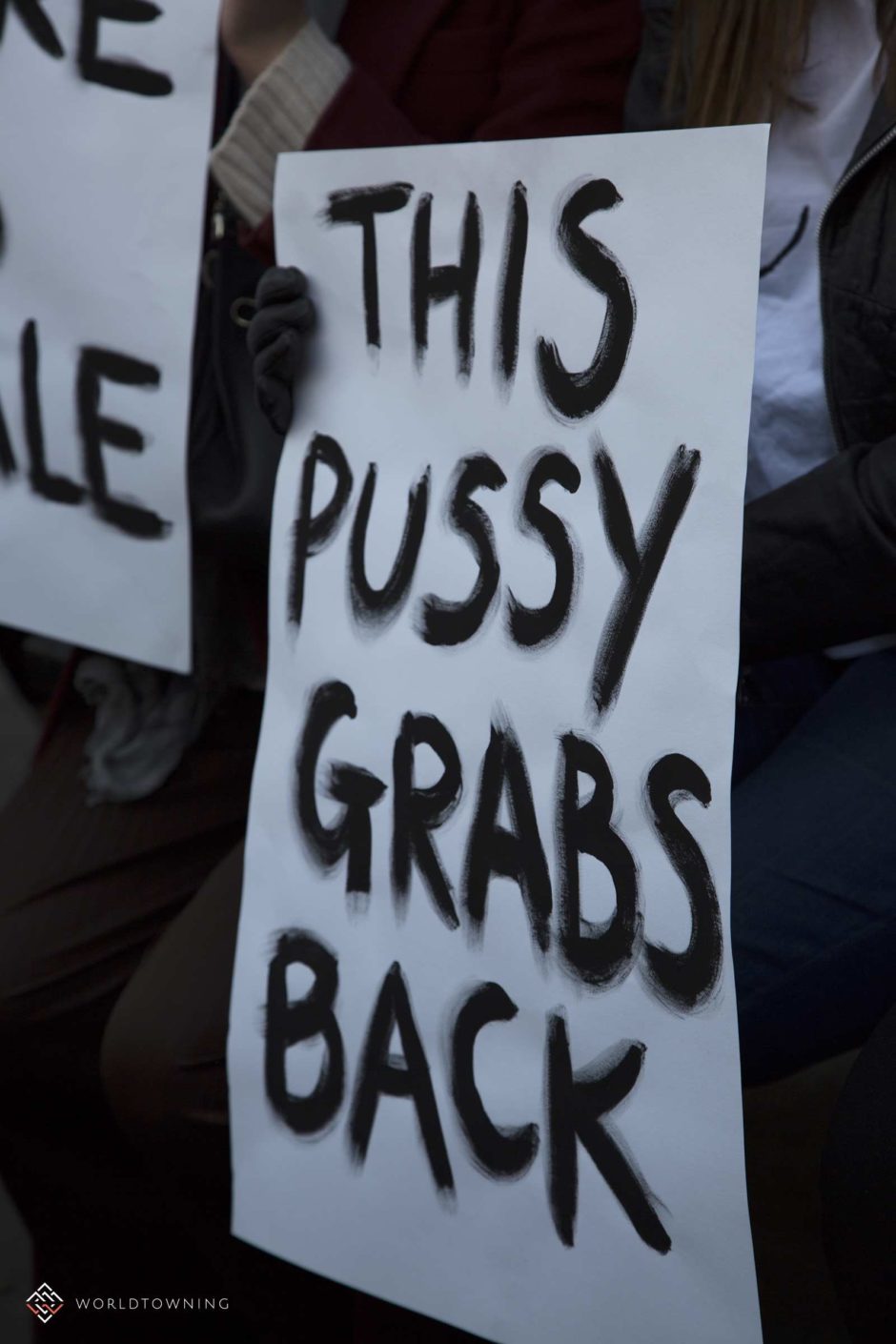 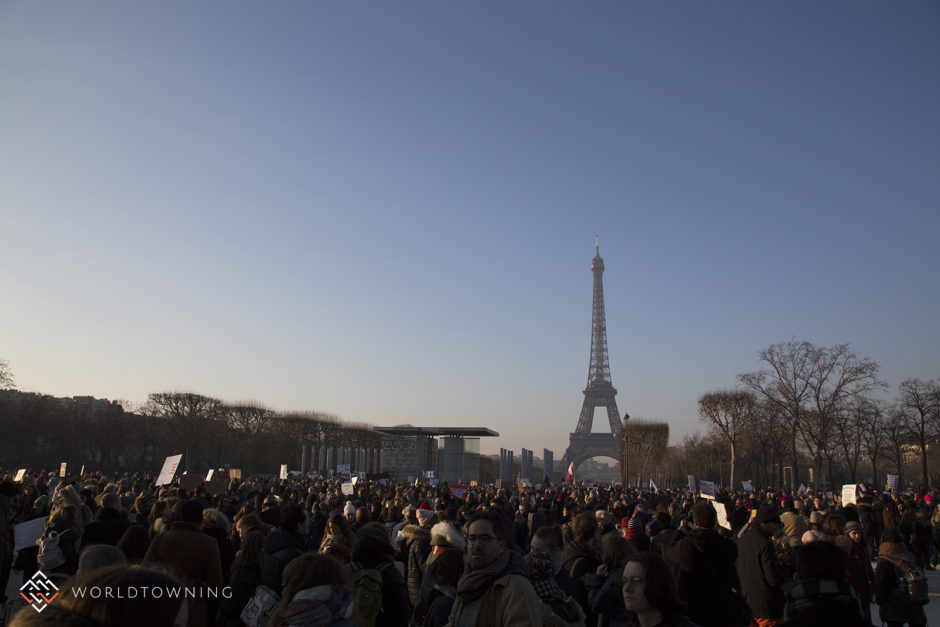 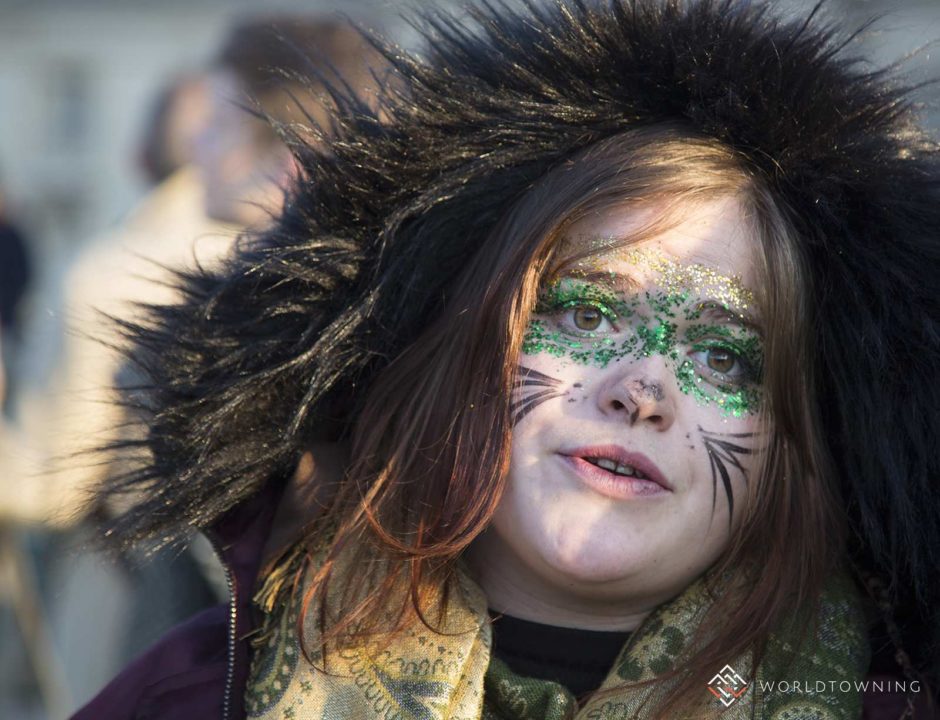 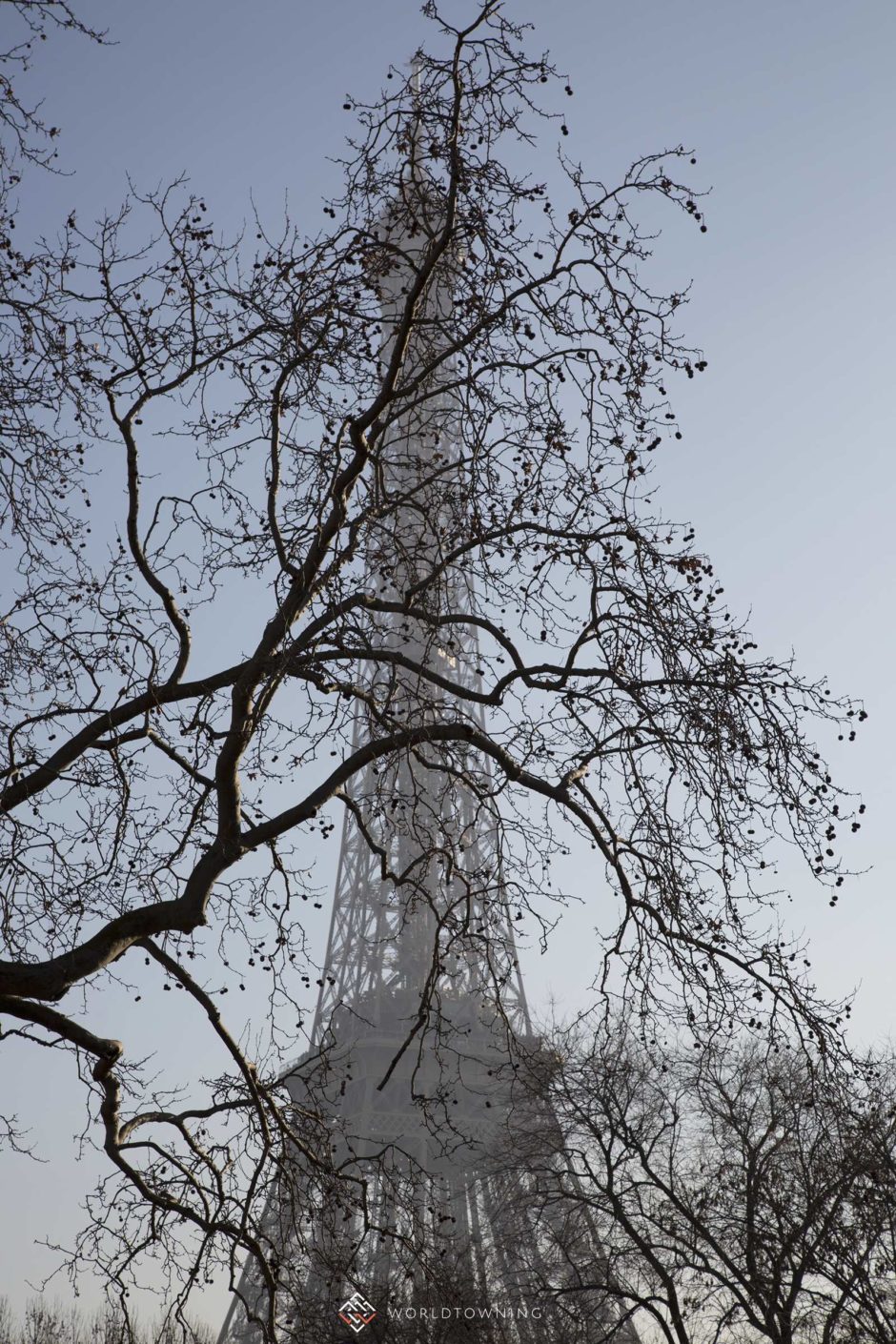 They said it would be dangerous and vulgar!

They said we should not march with kids!

They said pussy was an inappropriate word for a woman to use!

They told us not to wear the hats!

They said there was no point!

But we marched. 4.8 million of us marched on all seven continents (fist pump). We took our sons, our daughters, our husbands, our moms, our grandmas and many more. We shared stories. We bonded. We marched peacefully with class. We shared tears and laughter with our fellow marchers. We bonded some more. We grew. We concurred. Yes, we concurred. When 4.8 million people can peacefully protest in the name of equal rights there are no losers, just steps in the right direction.

As many of you know we travel the world with our children to learn about all the different people and beliefs in this vast land. As a result, I am sure it was no surprise that we would move mountains to attend a Women’s March. Even though we do not live in the US we continue to fight for our country and equal rights, no matter where we are in the world. We may not be marching in DC, but we are doing our little part every time we exit our home by learning about those different from us. We are on a mission to continue this approach for a very long time, one town at a time. I have never been prouder than I was this weekend to be American. We come together when the going gets tough. We fight and we do it peacefully. And to refine it even more, I am proud to be a feminist woman.

Big ole fist pump to all of you who marched this weekend and those of you who supported us from your homes. Thank you!

I have never protested in another country before. I had no expectations. Facebook expected 600 people at this event, but I assumed it would be more. However I did not think it would be approximately 6,000 more. Have you ever protested in a country other than your birth country? Was it very different from what you expected? How?

Here is what we observed during the Women’s March Paris:

We interviewed a lot of people (sorry we could not use all of them in the video). Everyone was eager to tell us “why” they were marching. We heard amazing stories of what people had overcome in their own lives and what they were willing to keep fighting for. We heard stories of millennials dedicating their youth to volunteering. We heard from families marching with three generations of women. We heard stories of dads marching with their daughters. We saw folks with disabilities marching and fighting for rights beyond their own personal needs. We met a grandfather marching with his 10-year-old granddaughter. We talked with lesbian couples, interracial couples and heterosexual couples all fighting for equal rights together. And the list goes on. But for me, the story that touched me the most was that of a group of millennial girls volunteering in a women’s center in a refugee camp.

The glitter girls (as I will affectionately refer to them as) were one of the last groups of people we spoke with. I was tired and ready to be done, but then Will pointed out this group of gals with glitter all over their faces. Now if you know me well, you know I LOVE glitter. How could I pass up chatting with my sisters from another mother? When we approached them to ask why they were marching and if they wanted to share their story they said “oh yeah” and did they have a story. See, they run a women’s center in a refugee camp in France and someone burned down their center two weeks ago. They had a clear mission for marching. And their story really hit my heart. I admire what they are doing on so many levels. We had an amazing chat with them and I even got glittered! Yesterday morning I woke up with glitter on my pillow for the first time in years, luckily it was Will sleeping beside me (ha). They are looking for long-term volunteers and donations to rebuild if anyone is interested. If you want to help you can click this link.

Lets go out and spread some sparkle, shall we?

Have a fantastic week! We get Avalon back tomorrow. All of us are eager to hear about her experience in the Boston march. Plus, we just miss her terribly.