What sacrifices would you make to reach your travel destination? 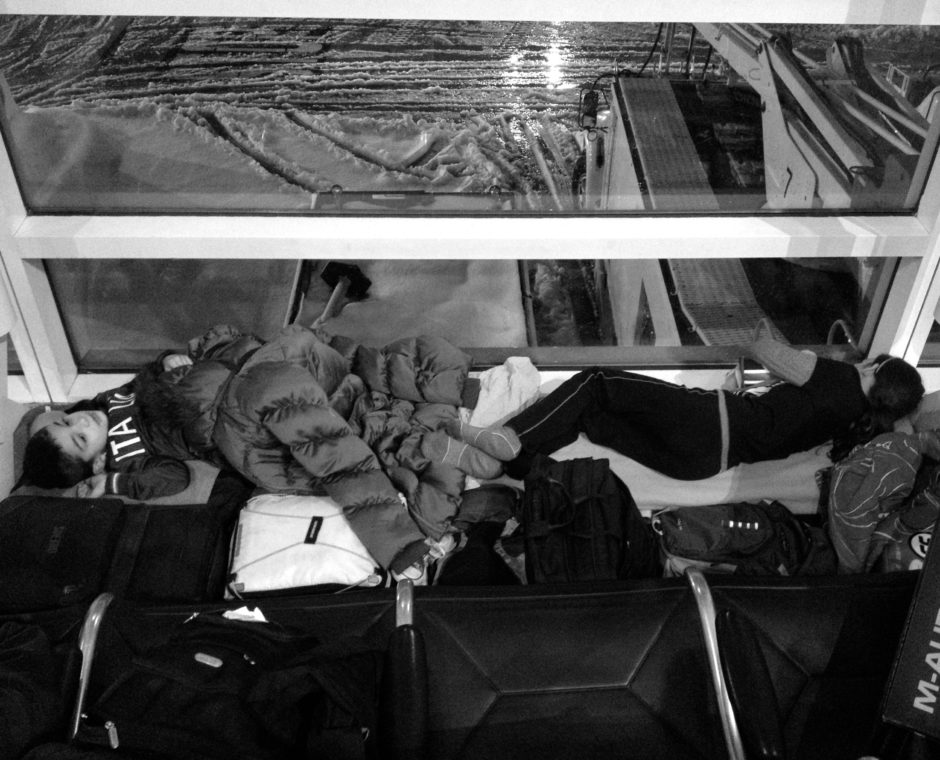 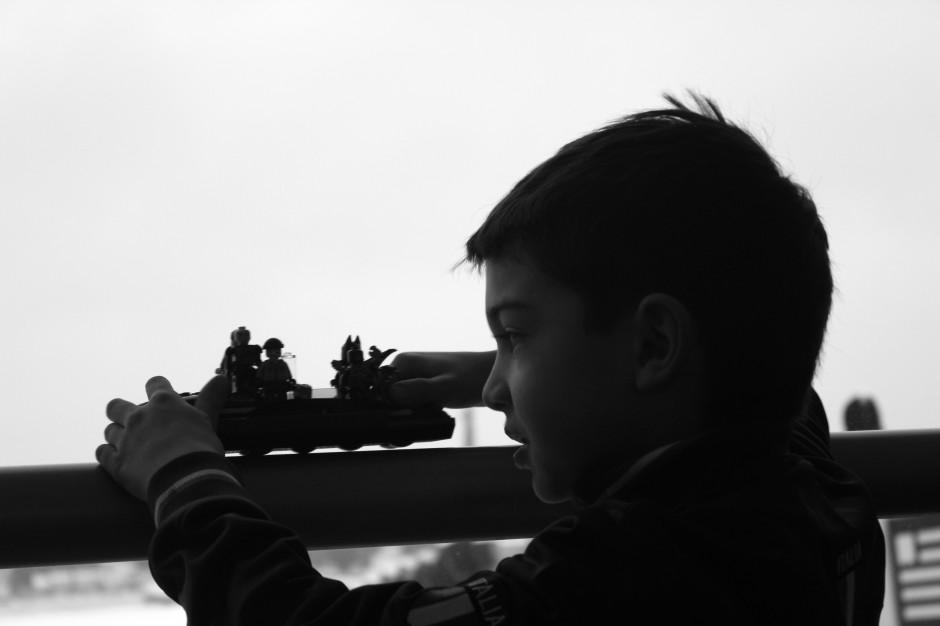 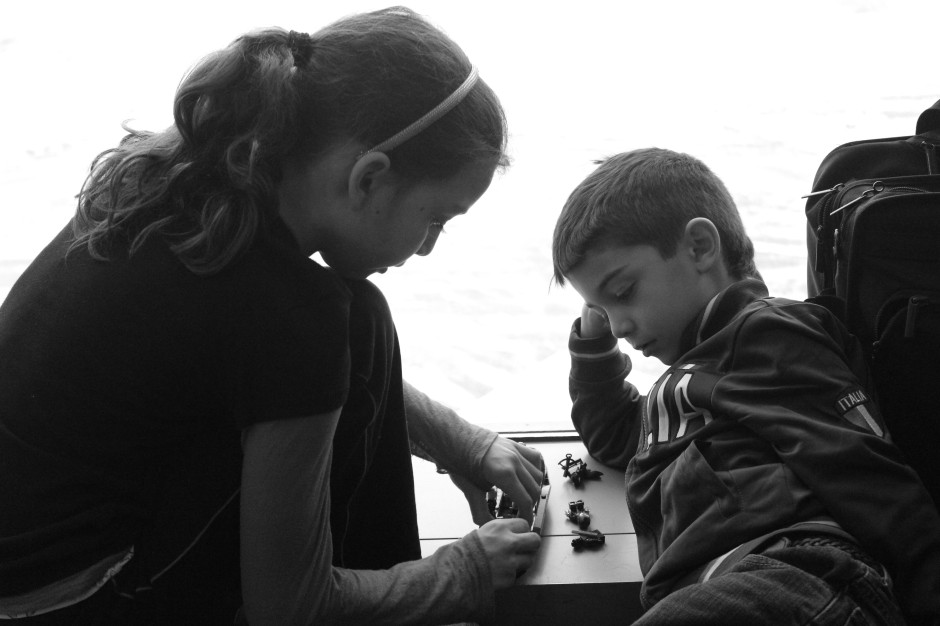 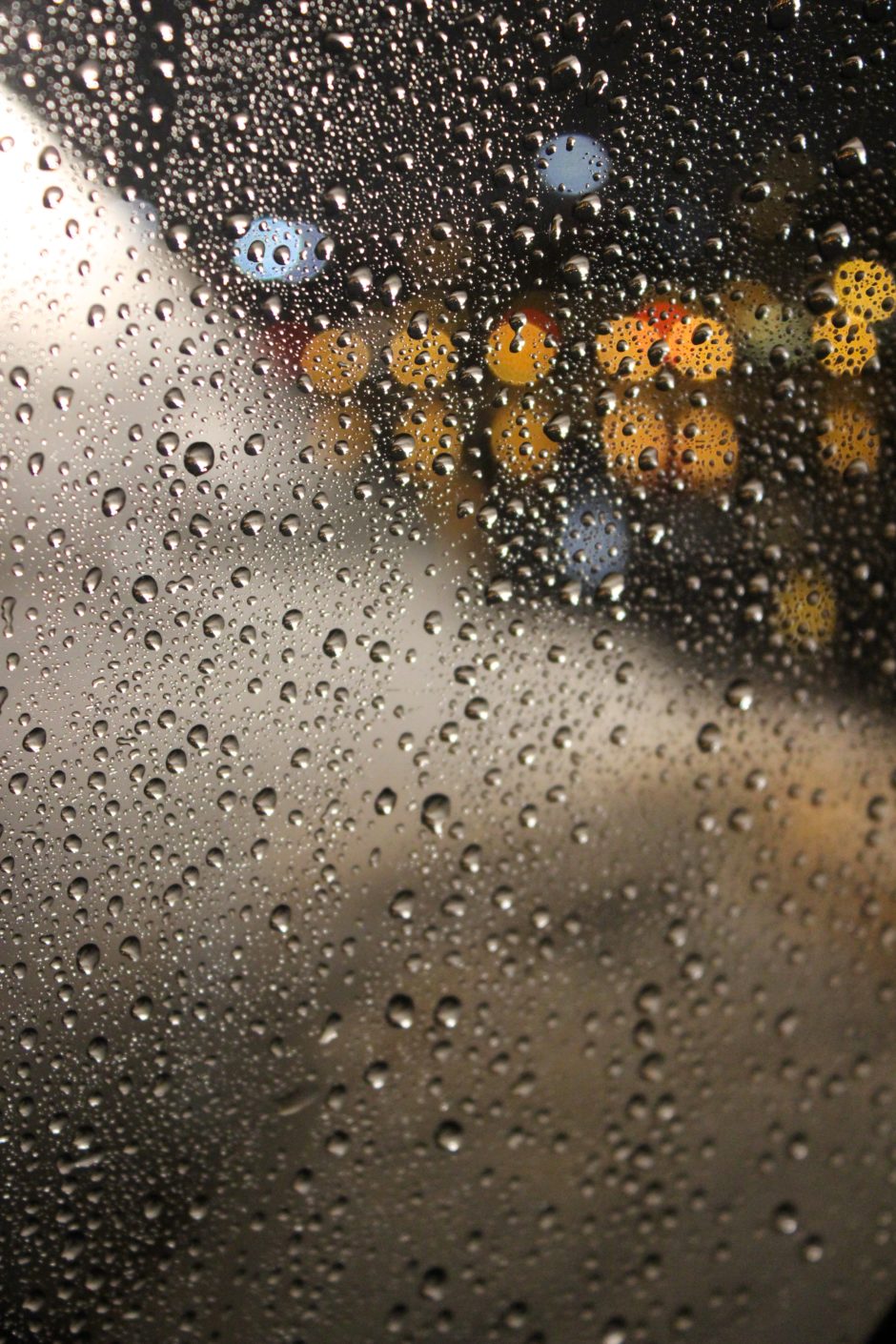 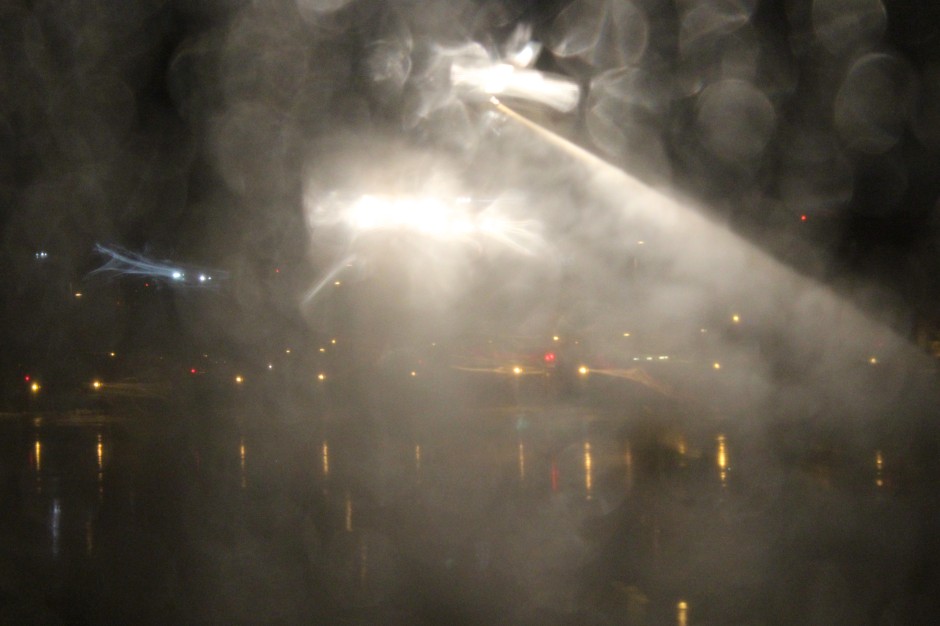 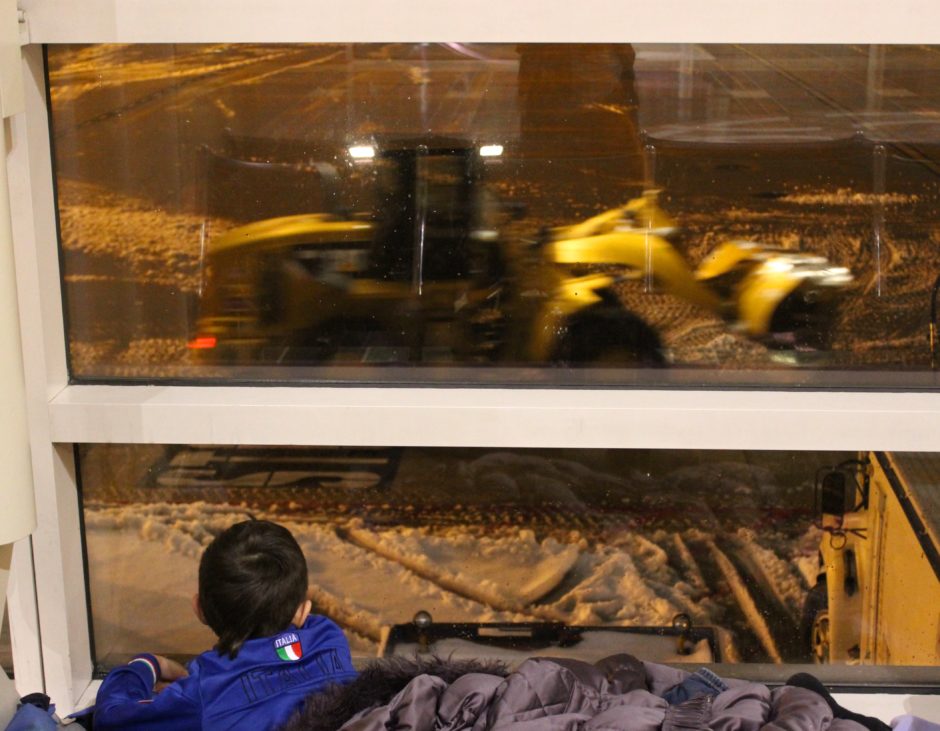 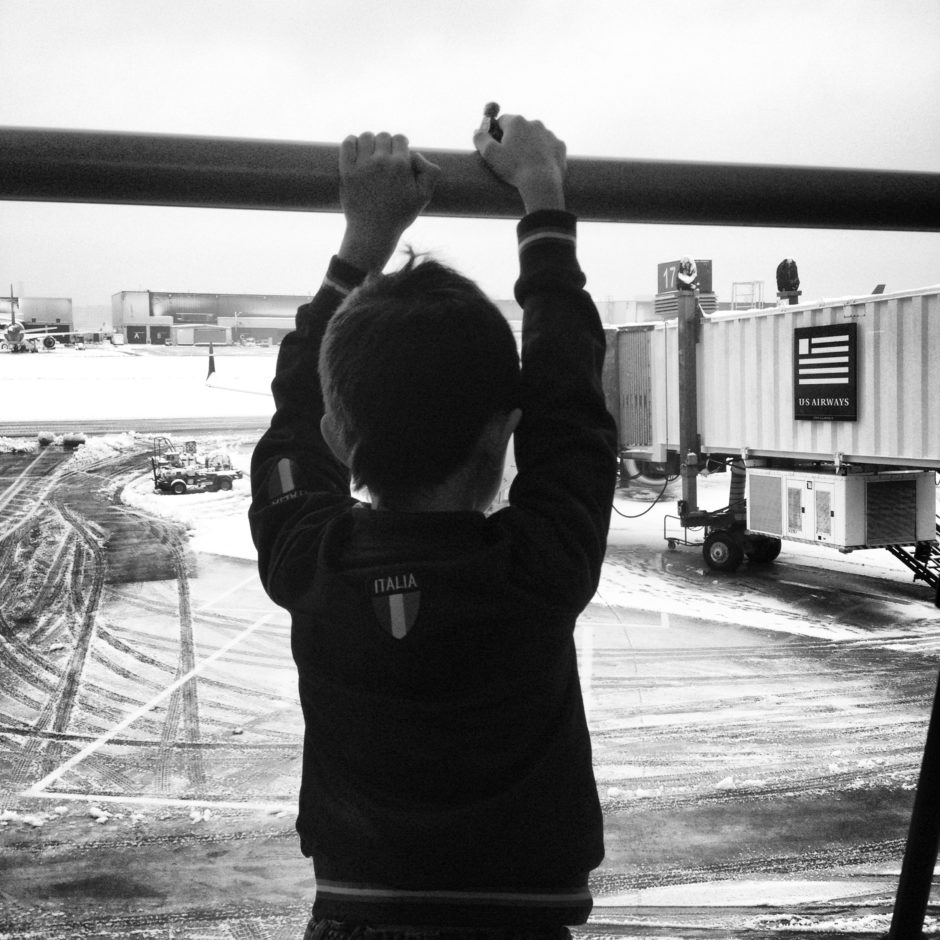 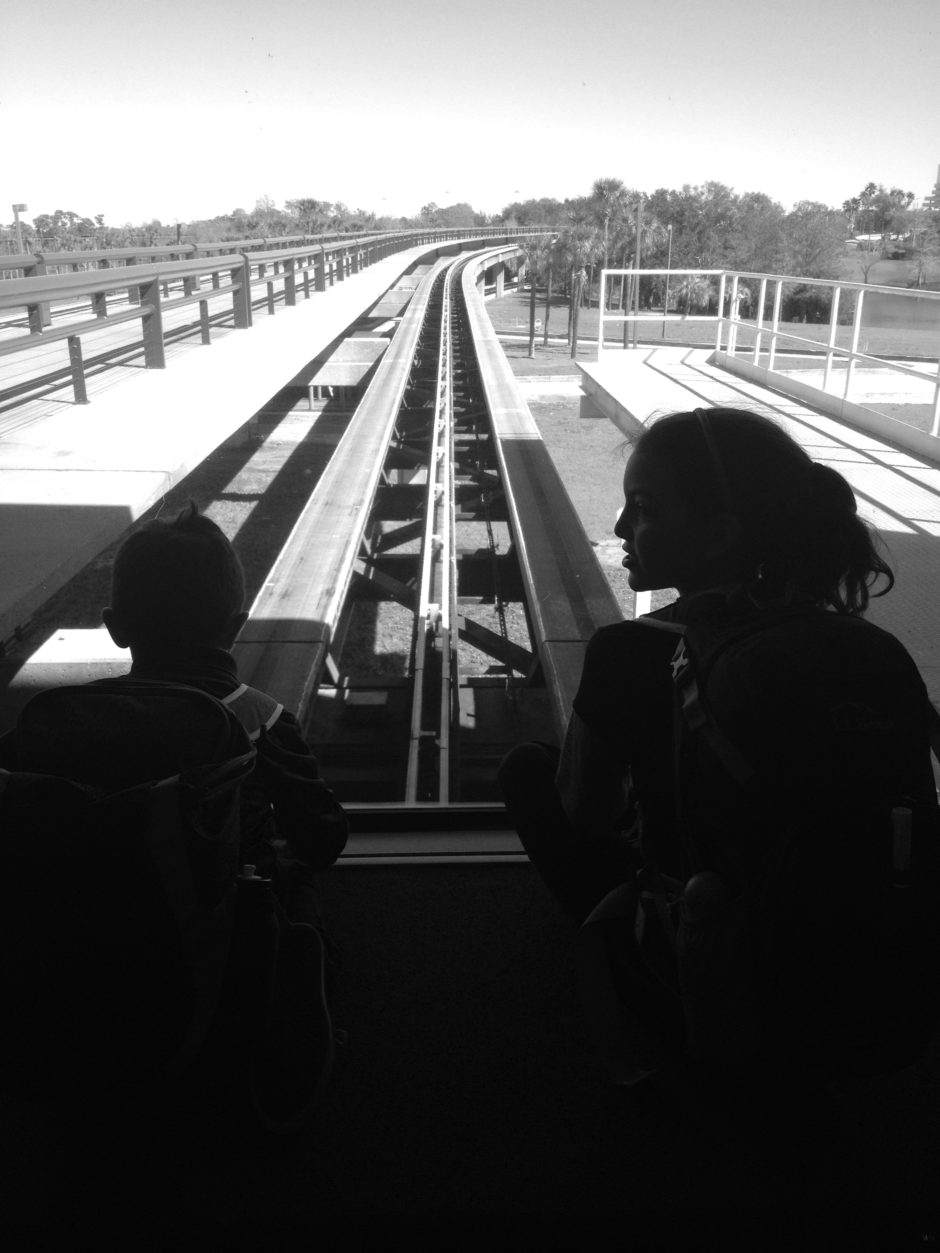 Hello friends. What would you do to reach your travel destination? Would you sleep on an airport floor? Would go to the airport to fly standby in the middle of a snowstorm in the hope of getting on the only flight that wasn’t cancelled? Would you do all this with two kids in tow? Yes, No, Maybe?

Yesterday started off like any other travel day. We deposited the kids at school for a couple of hours in the morning while Will and I finished packing, prepared the pets, tidied up (well, only a little of this), made lunches for the travel day, returned emails and much more. That was until I heard a discouraging sound and some inappropriate language from the other room. The words no traveler wants to hear, our flight is cancelled. Now, we are veteran fliers and a cancelled flight has never gotten our panties in a bunch, but this trip was a little different for several reasons. First, it was not just our flight, flights had been cancelled up and down the entire east coast. Therefore, we would not be the only traveler looking to reschedule. Second, the kids and I were going for 10 days, but Will could only join us for the first four, so getting out yesterday was key if he wanted to join us. Finally, today starts the February vacation week for many schools and flights were already oversold. Oh and guess where a lot of cold weather families vacation in February, Orlando. I bet you can figure out where we were going. Although Orlando was not our final destination it did happen to be the city we were flying into. Hmmm, time to put on our problem solving cap.

Sometimes the combined brilliance of Will and I astounds me. Its not like we are brain surgeons, but we thrive on problem solving. Our first attempt was to call the airport and reschedule. HA HA HA HA. Not only was Will on hold forever, but when he did get through a recording told him that they had more calls than they could handle at that time and to call back later. Next Will suggested we all go to the airport and get in line there to reschedule with an agent. Although I liked that idea I felt it needed a bit of refining. In the end we decided that Will would go the airport and then report back to me if he was able to get us on a flight. I would then retrieve the AvaLar team and meet him at the airport. Unfortunatley they were unable to get us out of Logan until Sunday. SUNDAY! He proposed that they fly us west and then south, separate us, fly us on the wing, anything. No go. Once he secured us on the Sunday flight he proceeded to put us on the standby list for the next flight at 3pm.

While Will waited for us to meet him at the airport I headed to school to gather my kiddos. The roads were bad, the car was cold and all I could think about was how much I wanted to get the hell out of Boston. The trip to the airport via public transportation was complicated. We all had on sneakers, the sidewalks were full of snow and the trains were not running on schedule. I wonder why (sarcastic undertone). But the kids were happy and excited for this adventures and hey, we chose to leave yesterday so no complaining here. Now, those of you who travel with children know that the questions can be endless and often funny. Our commute to the airport on the subway was filled with observations and insight. Mommy, what does C-H-L-A-M-Y-D-I-A spell? Gotta love all those ads in the T stations. Grown men blushed, young girls giggled and my little Avalon insisted on knowing what it meant right then and there. After a short and quiet explanation Largo proceeded with his insight. Mommy, I could help the driver switch the bus over to diesel, but I am not really the man for the job since I do not have my gloves. Kids, they are so much fun and so smart. And just like that the long ride went quicker than ever because it was filled with all these lovely questions.

Will greeted us with kisses and the next part of our big adventure began. 3pm flight cancelled, 4pm flight cancelled, 5pm flight cancelled. 6pm flight ON TIME!!!! Now, our family happened to be at the top of the standby list by this point, not because we are royalty or from slipping them a $20, but from persistence. See, we have played this standby game before. The secret is to get on that list early and then you roll over to the following flight, then the next, and so on. If you start early you are bound to make it to the top of the list and we did. When they called our same SUEIRO, well, it was more like SERIO I jumped and screamed, Avalon did not flinch from her captivating book, Largo kept his eyes closed and kept repeating his mantra “positive thoughts”  “positive thoughts”  “positive thoughts” and Will just shook his head in amazement. Persistent pays off.

So what was our plan if we did not make that flight out of Boston? The kids had almost convinced us to sleep at Logan just for the fun of it. These kids are crazy adventurers, not sure who they get it from (wink, wink).

After spending almost an hour de-icing we were off to DC. As soon as we landed we found the closest gate agent and got ourselves on the standby list for the first flight out in the morning. We were informed that the best place in the airport to catch some shut eye until morning was on the radiators by the windows. Seriously? Apparently so, when we walked out to the terminal, we found countless stranded passengers asleep on what were elegant heating grates (radiators) along the floor to ceiling windows spanning the approximately 1/2 mile long terminal. The kids snuggled in to the very warm spot and then they drifted off to dream land while watching the tractors and plows clear the runway. As for Will and I, we found intermittent rest on the paletable chairs right in front of the kids all while keeping watch over our carry on luggage. Overall I would have to rate Reagan Interntional airport as a two star in the airport sleeping category. It was cold, I mean FREEZING cold, even with the kids sleeping on the radiators they were still chilly. The music was blasting and the loud speakers continued announcements (its 1:30am, its 2:00am, its 2:30am, you get the idea) throughout the night, but hey, its not a hotel, right? As far as the morning, lets just say I am not as young as I used to be. Oh my aching back. Ha Ha.

Did we make it to Florida today? Oh how love a good cliff hanger. You will have to stop by on Monday to find out the outcome. Those of you who are friends with GGG on FB already know the answer.

Tell me, what have you done to reach a travel destination?

p.s. I almost forgot, Happy Valentines Day. May your day be filled with endless love. Last night will go down in history as one of my most romantic Valentine Eve nights. Sharing a donut with my hubby near our radiator bed was the bomb.

p.s.s. All of the above photos were taken between Boston Logan and Reagan International in DC with my Canon and my iPhone.