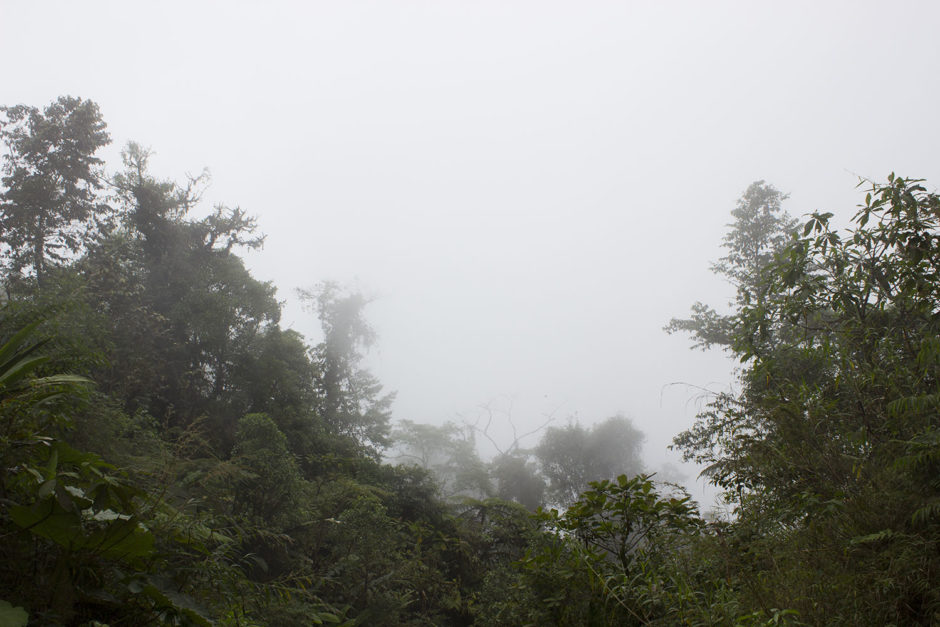 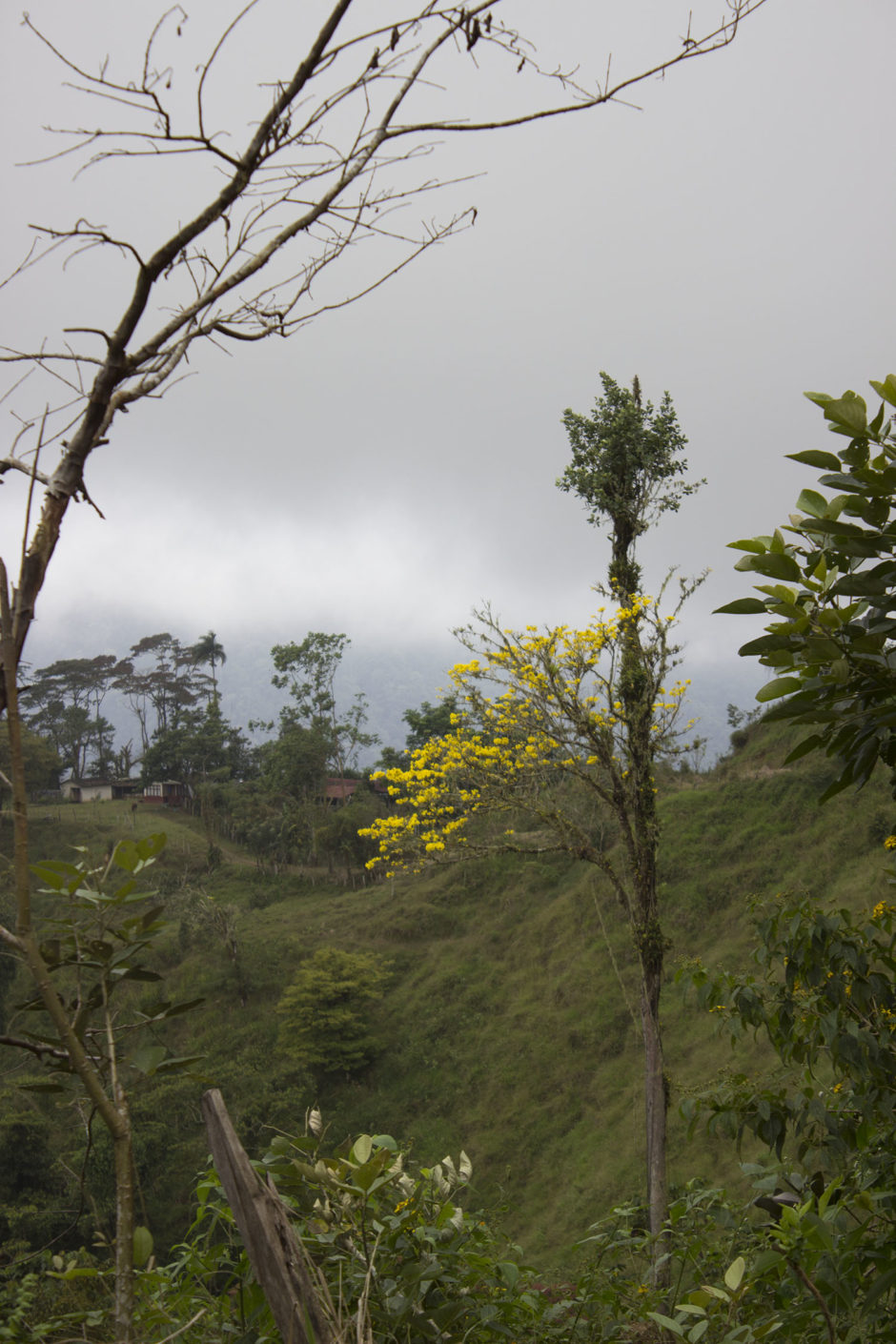 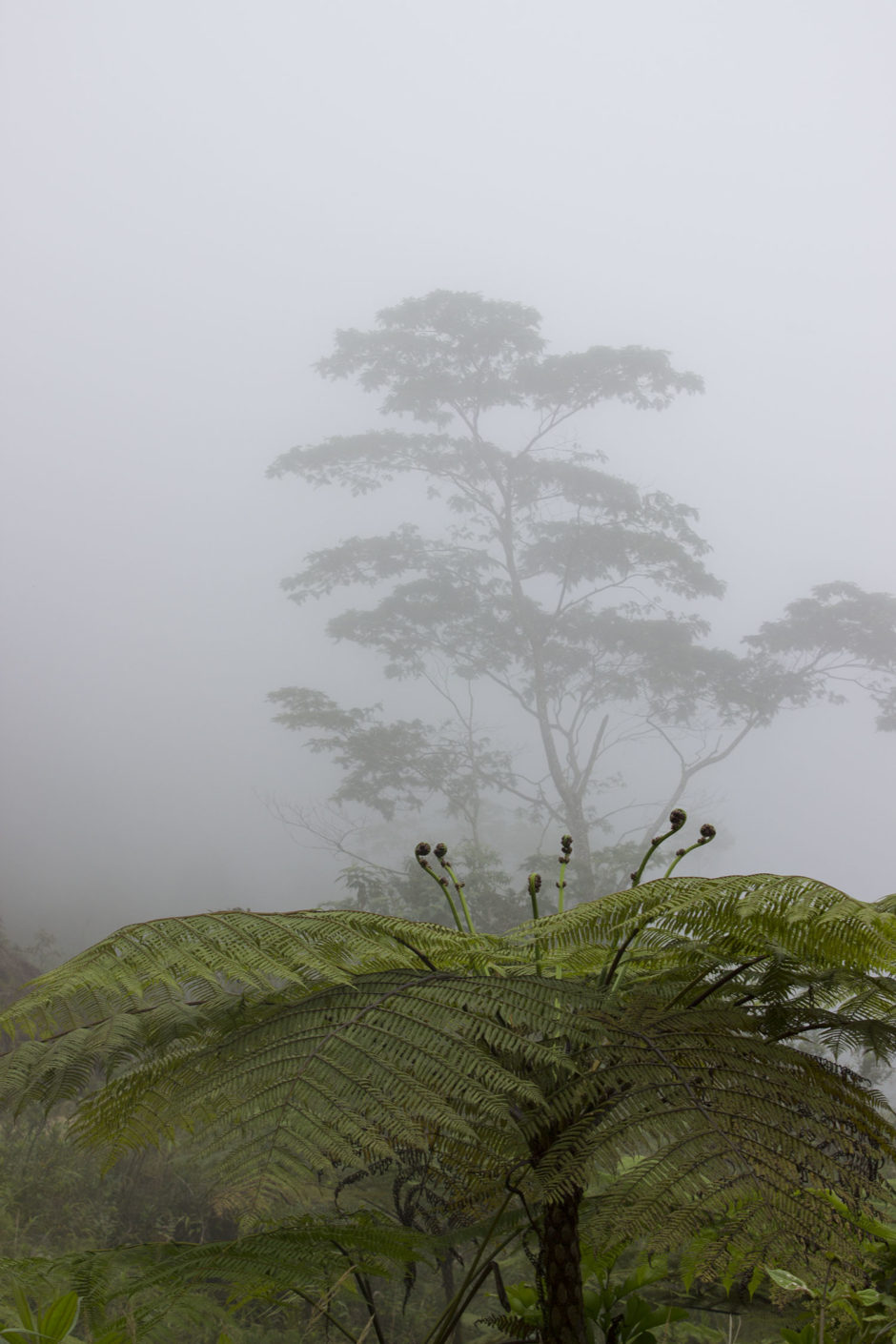 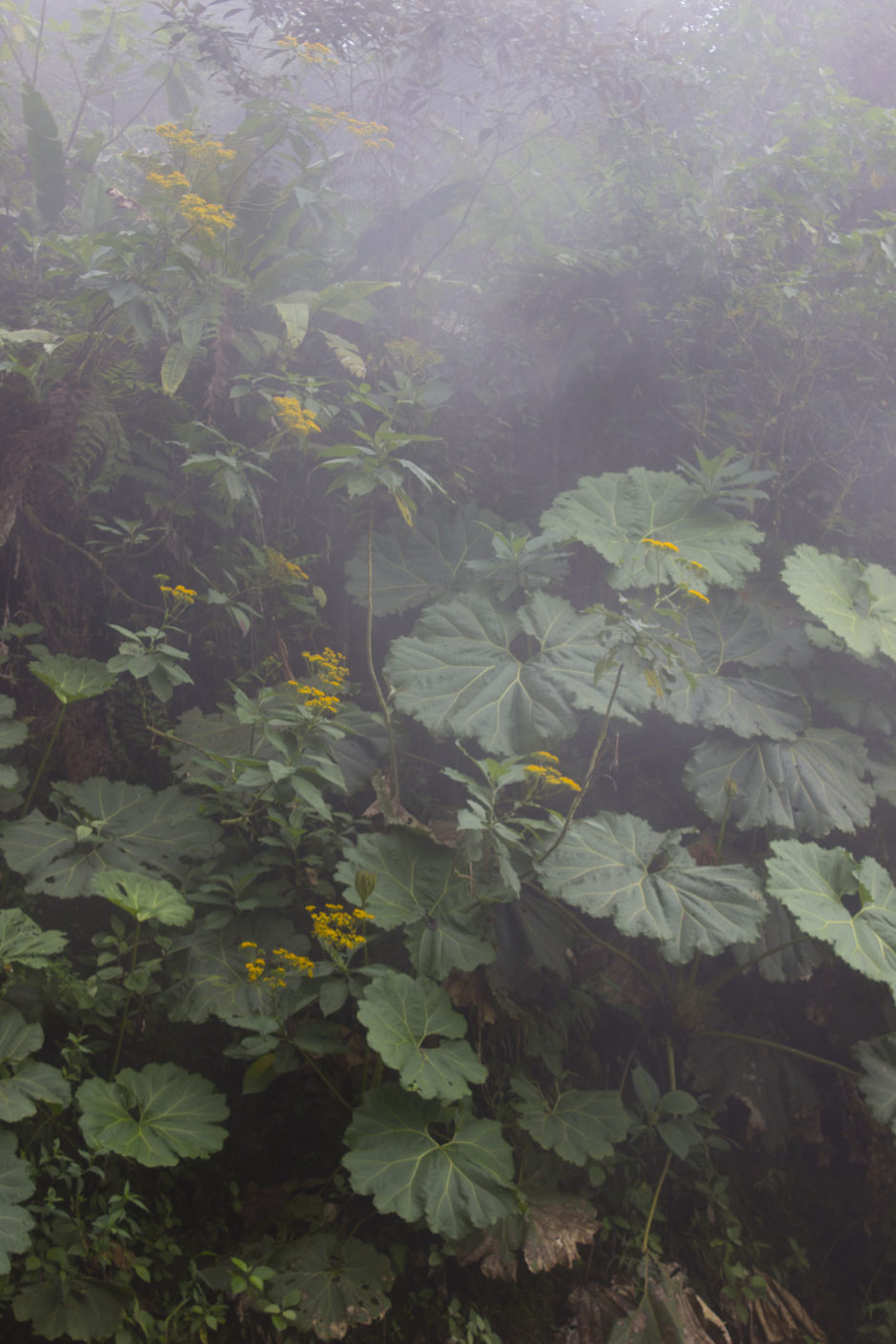 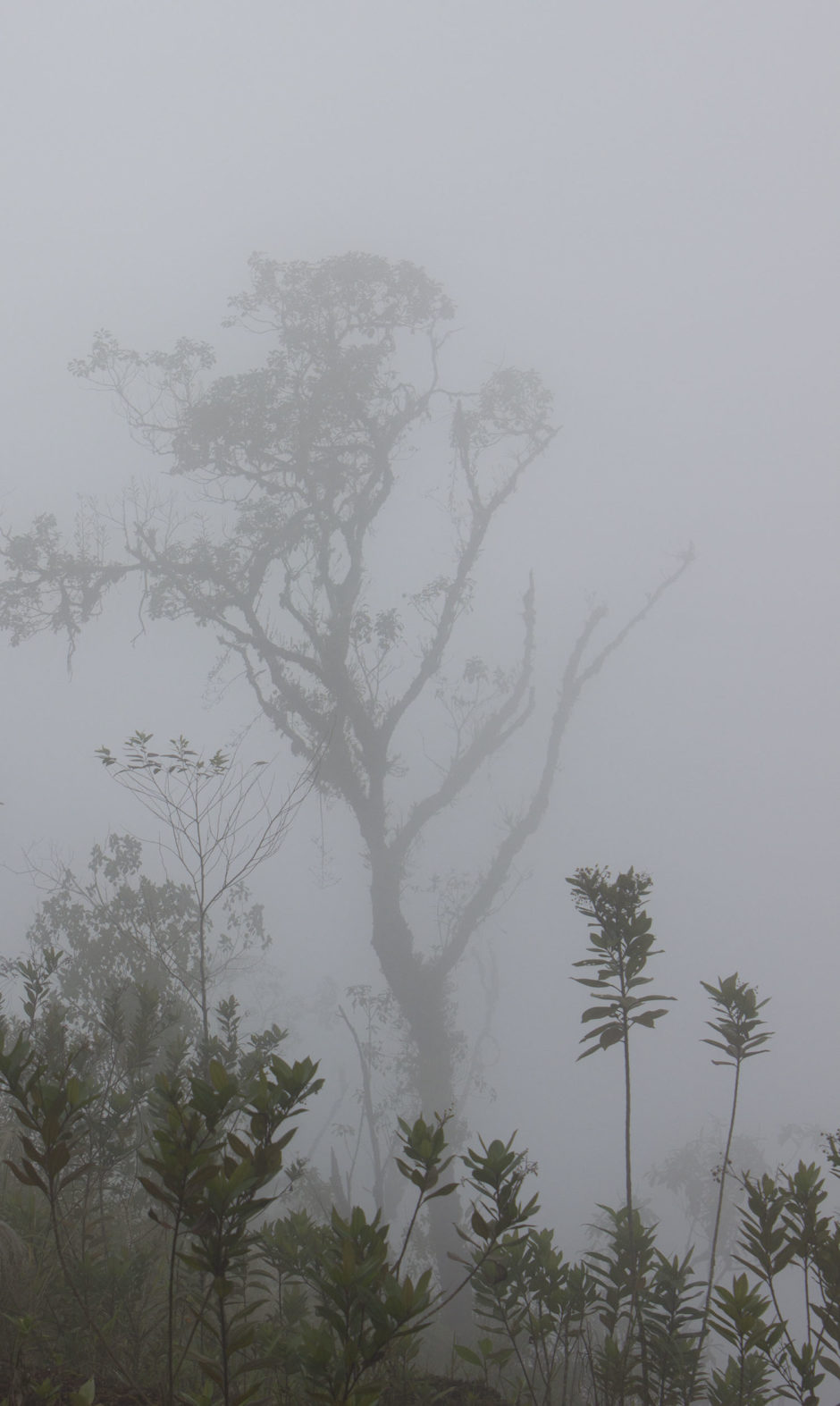 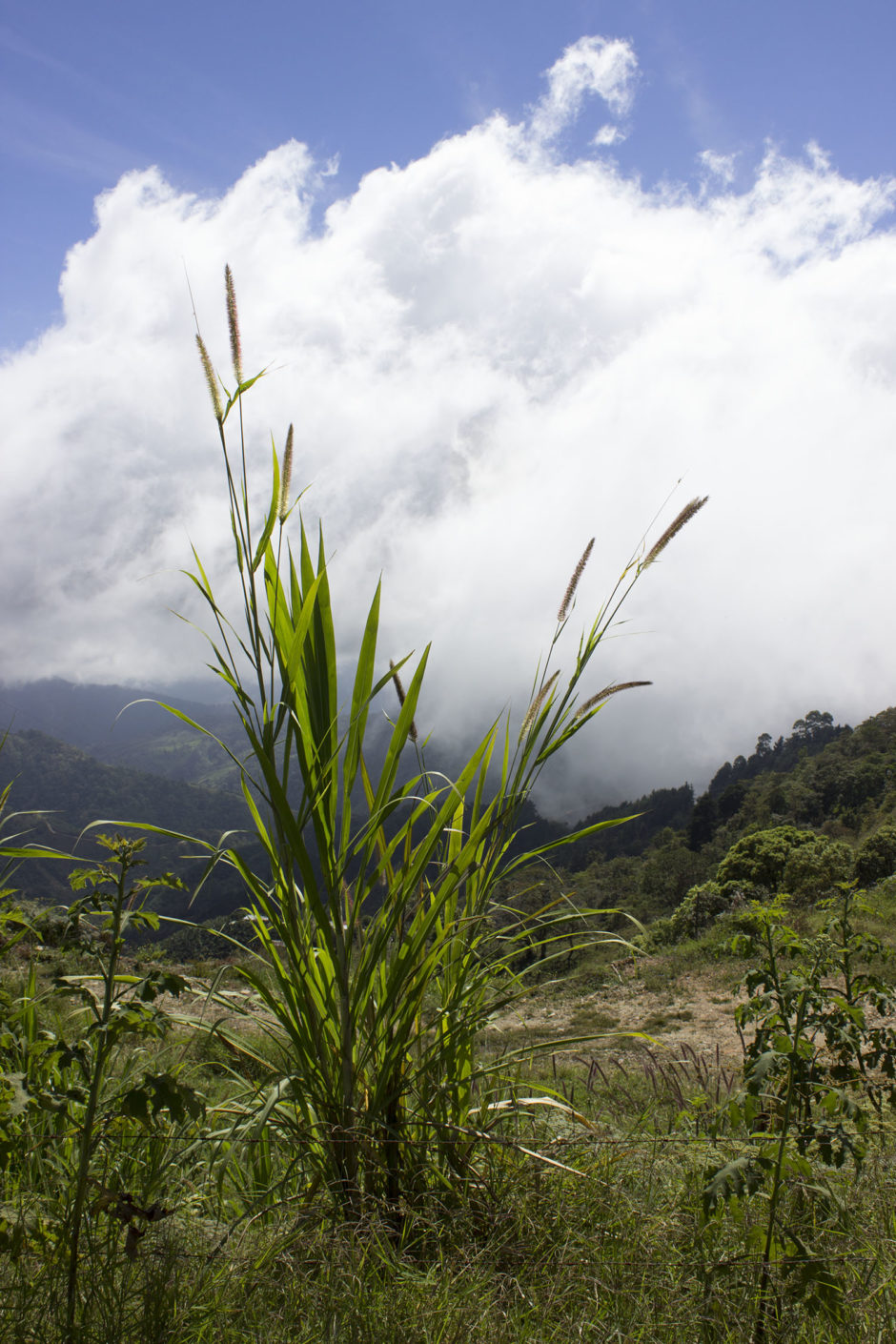 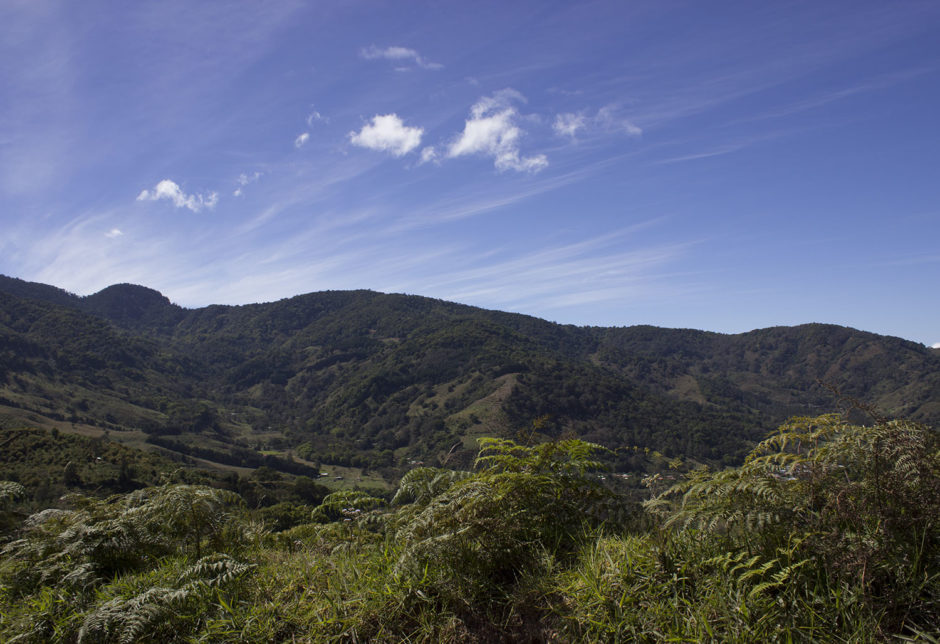 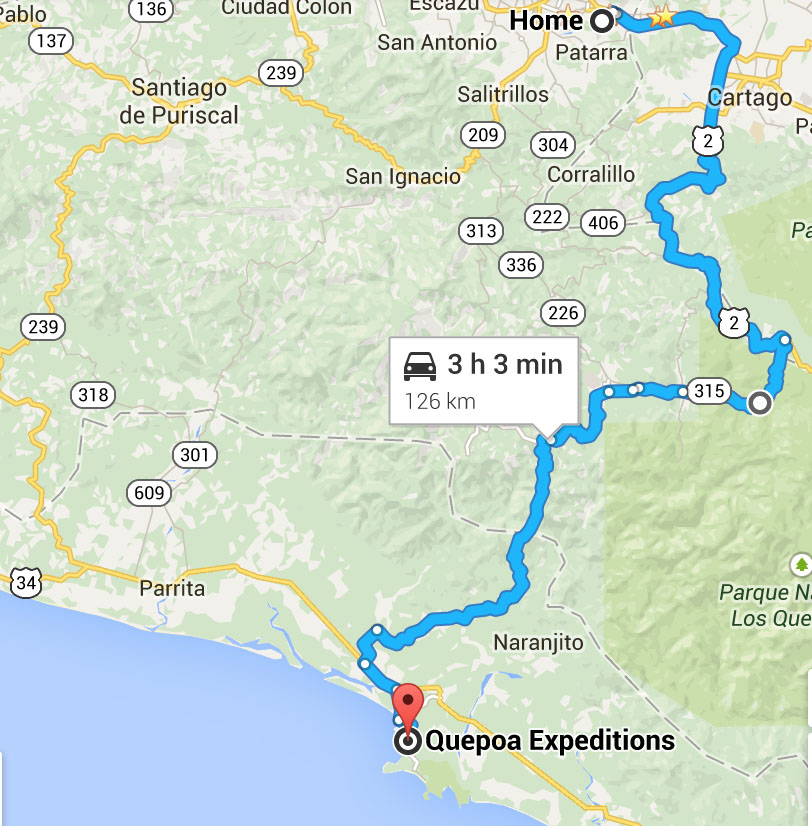 Hola friends. Route 313 in Costa Rica, wow!!!!! The road less traveled, literally. Ok, I need my Costa Rica peeps to weigh in on this one. Have you ever been on this road? Have you heard horror stories about it? I have mentioned it to many locals and no one has ever heard of it. Do you think if I went back today that it would still be there?

What started out as a lazy drive to the beach ended in exhaustion and a bit of relief. We decided that we would head to the beach via Cartago to avoid the San Jose traffic. GPS recommended a short cut, but we know how GPS can be, therefore we decided to enlist the help of the local convenience store owner. The man behind the counter said the road was dirt, but fine to travel on. Being the adventurous family we are we decided to take the road less traveled. A series of unfortunate events took place on this road (lots of wrong turns and bad directions) which created the perfect storm and landed us on a very old, barely one lane, partially washed out, water crossing, dirt road for four hours. We only saw one other car, one house and two people on this adventure. I can honestly say I was not scared at the time, but when I look back on it now I get a tad creeped out by the conditions of the road.

You can see from the pictures above that we were in the clouds (literally) and very remote. When we started out on this road it was incredibly fun and new to all of us. I had always envisioned being on a road like this in Costa Rica, just us and nature. The simplicity and peace were relaxing, even if I was crammed in the front seat with Avalon. I had my window down, the wind was blowing my hair and I was reflecting on how grateful I was to have this experience. We all marveled in the beauty of the clouds surrounding us, the miles and miles of trees, the lack of human destruction and the sheer saturation of color. Little did we know that we still had two more hours and much more treacherous roads ahead of us.

The final two hours were equally enjoyable, but we did get concerned that we would hit the end of the road and have no outlet. What would we do then? We had no cell phone service and dusk would be on the horizon. Being the eternal optimist I am I kept it positive. We had come this far in the journey and we would find that pot of gold at the end of the dirt road. Eventually the road widened, we exited the clouds in the sky, we saw power lines, a house and then people. We had finally found civilization again and I can’t say we were disappointed. I always try to enjoy the journey and not focus on the end result and I believe I succeeded in this situation because although the road seemed to be getting smaller and smaller I knew that we would make it to our destination.

Luckily we had a couple of things on our side or this could have gotten ugly. First, we left early enough that we had plenty of daylight to carry us through this unanticipated six-hour adventure. Second, the rainy season was over. We still had some tough crossings where the road had been filled with dirt after a wash out, but nothing was bad enough that we had to turn back. The road was never wide enough to turn the car around so we would have had to back out for two hours or more. Finally, we had a 4WD vehicle and it came in handy when we had to make some muddy, water crossings. Clifford is my hero. This 21-year-old car has taken good care of us so far. No joke, this was the real deal folks.

How did the kids handle the trip? I subscribe to the philosophy that if the parents remain calm so will the kids. They have already practiced patience a lot in their short time of long-term travel and this drive was no different. They read, snacked, joked and they did not miss a beat. To them it was just another adventure with their crazy parents. The pure joy that evoked from them when we came to one of the water crossings was magical. Avalon could have spent all day playing in it. I was sad we had to rush her off, but at that point we had no idea how much longer we had on this journey and how much daylight it would steal. I hope they both remember this road forever. The road less traveled that brought such beauty, peace and magic to our eyes for several hours. I hope they remember that we did not let panic ruin it, we acted smart and never forgot to enjoy the journey.

Would I do it again, probably not. I truly enjoyed it, but I can recognize that this could have ended differently. I love to take the road less traveled, but not to this extreme. Some things are meant to be experienced once in life and never again, this was one of those situations. I will forever remember the beauty and simplicity of this magical drive through the mountains of Costa Rica. The cool breeze on my hair, the laughs our family had in the car and the feeling of knowing I was experiencing something amazing once and only once.

Have you ever had an experience that you are glad you had and lived to tell about it, but you would never want to have it again? Please share.

Unfortunately, we did not get any Go Pro footage on this trip because Will was very focused on keeping us on the dirt road instead of over the side of the cliff. Thanks baby. I did take some iPhone videos for your enjoyment.

p.s. Don’t be fooled by the 3 hour and 3 minute map projection. The whole trip took us a total of six hours.