Racism In The USA: Does it exist? 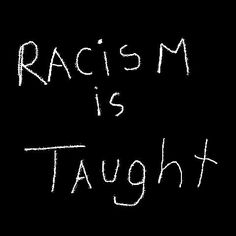 Bonjour, friends. How are you? We are still doing great over here in the south of France. I have so much to share, but first I want to tie up our US visit.

Racism in the USA! Yep, here we go again. I refuse to ever stop talking about it. Ever!

Racism is (according to Websters)

You all know we just spent six weeks in the US. We had a fabulous time. It was great to reconnect with family and friends, downsize more, enjoy a bit of summer and eat some of our favorite foods. What was not fabulous was the amount of racism we heard. Really, no joke. In all of my years of living in the US, I don’t think I have ever heard so many racist comments. This saddens me greatly. What is happening to my country?

Racism in the USA has no face. I know that many statistics will say it is the uneducated, unexposed individuals who have never interacted with people different from themselves. Yes, there is some truth to this, but we also witnessed educated and well-travelled individuals making racist comments as well. Personally, I have seen it come from all of the above.

The funny thing about racism is that a racist never thinks they are being racist and if you call them out on it, they get terribly defensive. The most common thing you’ll hear is, “I’m entitled to my opinion.” Sorry folks, but hating someone because of their race is inhumane and wrong, don’t camouflage it by calling it your opinion. I can honestly tell you that if someone called me a racist (with or without actually saying the word) I would take a good long look at what I had said. Could what I’d said be considered racist? Could it hurt someone’s feelings or make them feel less of an equal? Could it have an impact on my children and their views of the world? I would never get defensive and call it my opinion. And the, “I’m not racist, but…” statement just screams racism. If you need to put a disclaimer on your statement then it is most likely racist. Racism is ugly, period.

During our time in the US, I was referred to as “one of those politically correct people” during a dinner engagement. Yes, I do try to be politically correct, however, when we are talking about a race situation (as we were) political correctness does not apply, in my opinion. I am not treating everyone equally because it is politically correct to do so. I am doing it because I don’t see people as different. I don’t see color of skin or origin on the globe as relevant to how I treat someone.

We were also privy to several conversations where people lumped all Muslims under a category of being dangerous and terrorist. And another handful of conversations where people thought we were crazy to move to France because of all the Muslims. Shockingly, the greatest amount of racist comments towards Muslims came from minorities and immigrants living in the US. Racism is not just a white, American-born thing, it comes in a variety of packagesm, and racism in the USA is alive and well.

I am sure you can imagine my kids’ surprise when they heard conversations related to race during our visit. It made them sad. It confused them because this is not the world they live in. We had several long conversations about why this happens to people. We never justified it, but we tried to explain it in an attempt to create a greater understanding for the future our children will build for all of us. We also discussed how many people have never been a product of racism because of the color of their skin or their origin in the world. We talked about possible solutions for situations like this. Guess what my kids came up with? They suggested that people who feel this way should go live in another country for a year. A place where they don’t speak the language. A place where they are not living amongst other expats. A place where they don’t recognize the food. A place where Americans are not particularly liked. A place where they would need to find work to support themselves and their family. What can I say? We travel, we have occasionally been discriminated against, we have counted on the kindness of strangers and it has changed all of us from deep within for the better. Do you think this solution would help to combat racism in the USA?

I saw racist comments becoming more acceptable in the US and that frightens me. How have we become a country that thinks it is ok to treat others as less than ourselves. Before anyone goes all political on me, I want to state that this post is not being written from a political standpoint. This is just a journal entry from my observations after living outside the US for several years. And a plea to fix it. The US is changing every day and from an outsider’s perspective looking in, it scares me.

My plea today to everyone who is reading this is to stand up to racism in the USA and around the world. It is not ok. So many of us have stood by idle for years when someone made a racist comment. We would leave the engagement thinking to ourselves that the deliverer was an idiot. This is just not enough anymore. We need to address this issue right up front even if it evokes uncomfortable situations. Our children and grandchildren are sitting by hearing this and it will affect their impression of the world and other races. We need these young folks to make a difference in a positive way, not in a racist way. They are our future. So please stand with me on this journey of kicking racism’s ass. Don’t believe everything you read in the paper or see on the TV. It is sensationalism and not always 100% accurate. And if you doubt me, then buy that ticket and go travel! Go to the place you have the most hate for, you will be surprised to see the kindness that is extended towards you.

Our children and grandchildren and other people’s children are always listening. The children are listening!!! They are our future. One day, we will be old and weary. We will need love and kindness around us more than we could have even imagined. We will count on the compassion of others beyond what we can ever imagine in our current self-sustaining state. If we don’t spread love and kindness now, I fear what will happen to my country as we age.

Racism in the USA sucks! Don’t stand for it.

4 thoughts on “Racism In The USA: Does it exist?”