My Children Are Cuban-American 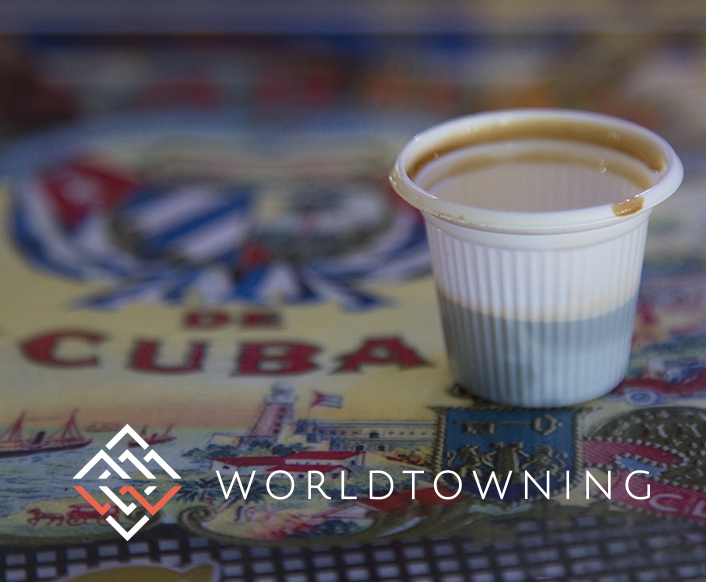 Bonjour friends. Interesting that this post is going live today. I actually wrote it several weeks ago, but in light of recent events it seems to fit well for this Monday morning when millions of Cubans across the globe are rejoicing.

My children are Cuban-American and I am damn proud of it. And I am glad they have the freedom to identify themselves however they choose.

Avalon and Largo were born in the US to a first generation Cuban-American father. My in-laws fought long and hard to get to this country. They have a story that I hope they will pen one day. It is an amazing journey of loss, strength, hope and compassionate. It is about a government that allowed thousands of young children to come to America for the hope of a prosperous future in the United States. I will forever be grateful for the United States and what they gave them and me. I have the life I have today because immigrants were allowed into the US, period. And I am forever thankful.

I have heard the stories about my father-in-law in the Bay of Pigs, his journey in the jails of Cuba and his time in the jungles of Panama. I have heard my mother-in-law speak of leaving Cuba with the clothes on her back at 16, the sadness she endured by never seeing her father again and the struggles she had to overcome by being dropped in a brand new country as a teenager without her parents. But nothing can compare to watching my 11-year-old daughter interview them. To see the heartache, the tears, the struggles come to life close to 60 years after the dramatic event is powerful. Last year Avalon studied immigration and Will and I thought the best way for her to learn about it was to interview her grandparents who struggled through it. It gave her an opportunity to connect deeper with her roots, to learn what it truly means to be an immigrant in a country and to grow a greater understanding of the effects of communism. That day in Costa Rica when she interviewed them will forever be etched in my mind. I cannot ever forget the crackles in their voices, the tears and the honesty. I am sure Avalon will never forget it as well.

My children are 50% Cuban and they connect deeply to being Cuban. They are 25% French and the other 25% it is a bit unknown (it is a history that I hope to uncover in 2017). Unfortunately the 25% French became very watered down over the years. My 91-year-old grandmother is French Canadian, but born in the US, as was her mother. Although they spoke French at home when my mom was a child many of the practices and commitment to carrying on the culture dissipated over the years. It saddens me, but that is what often happened back then. We have tried to bring back some parts of it through language (the kids speak French fluently), but they clearly identify more with being Cuban since it makes up the majority of them and the richness of the culture is still alive within their extended family.

They are Cuban-American. They have the choice to call themselves Cuban. They have the choice to call themselves American. Or they can call themselves Cuban-American. I don’t care what they call themselves, but I do believe they deserve the right to decide and not be told by anyone that they should only use the title American. I never want them to forget what was sacrificed for them to be born in the US. I want them to be sympathetic to others who are going through the same struggles. People want to come to America because they see it as a beacon of hope, the land where anything is possible, the place that offers a better life for those they love. I will continue to support immigrants coming to the US, now and forever. America is not just for the white, and Americans are not only white. I will continue to encourage my children to show compassion to those who want a better life by immigrating to the US. The US was built on people coming to it for a better life.

Unless you have witnessed first hand what it is to immigrate to another country please don’t tell me that my children cannot call themselves Cuban-American. They can call themselves whatever they want and so can you. Don’t we have bigger fish to fry than arguing if someone has the right to call themselves Mexican-American, Cuban-American, Chinese-American, etc? Tell me, those of you who feel this way, what would you do to give your children a better life? I know I would go to all lengths to remove mine from a communist country and I would hope that I was welcomed into my new country. I would also hope that my children would embrace this new land, but also retain some of their culture and remember where they came from. The struggle is real and it should never be forgotten. As an American, would you really want to move to another country to escape communism and then have the locals try to wipe away all your Americanness (even if you were dually embracing their culture)? I know I would not want that for myself or my children.

Tell me, what is your background? Do you retain your history with your children? How do you do this? If your children are grown do you wish you would have embraced their history more? Please share, there is so much to be learned here by all of us.