Magic in an Amazigh village in Morocco 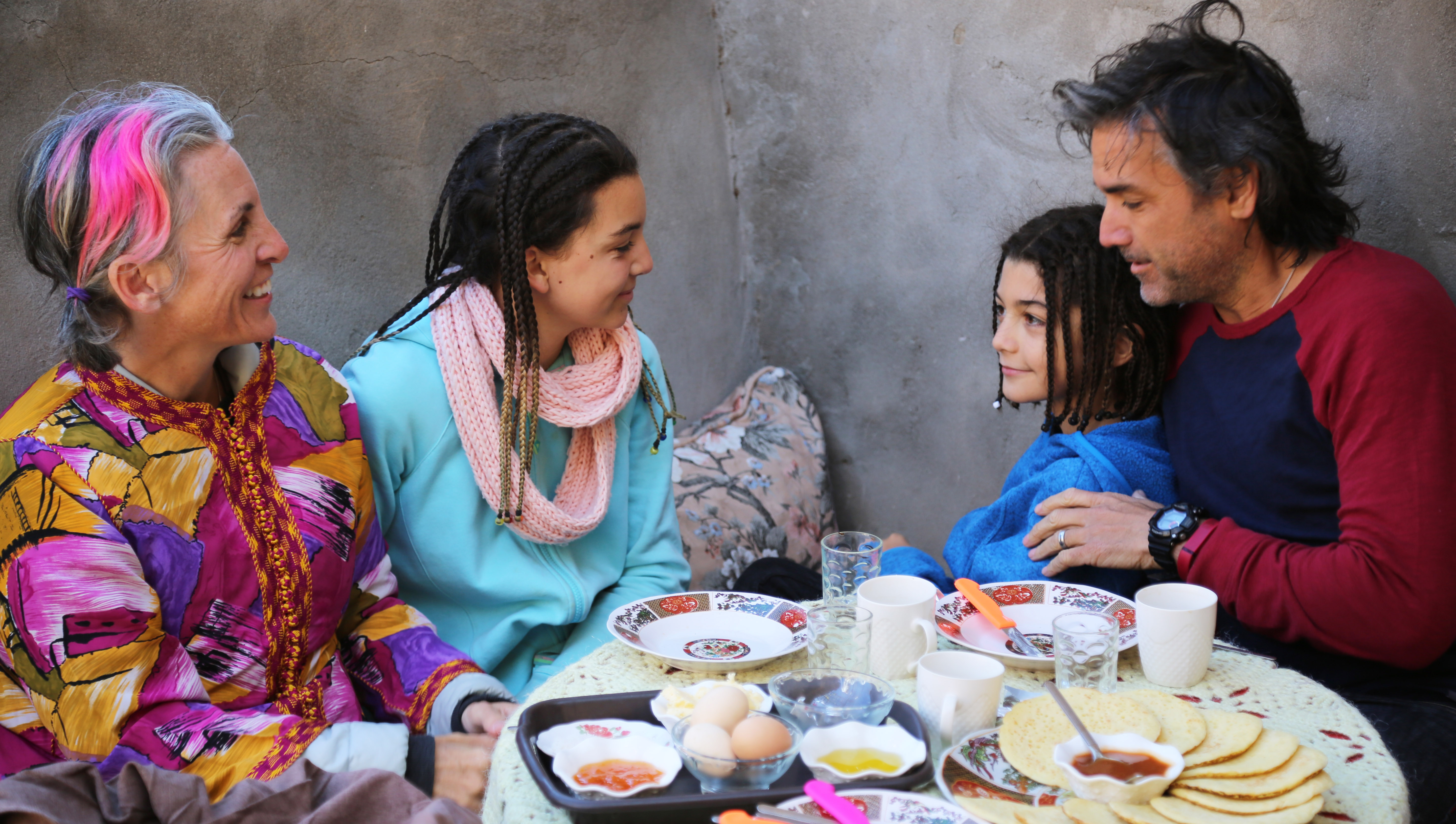 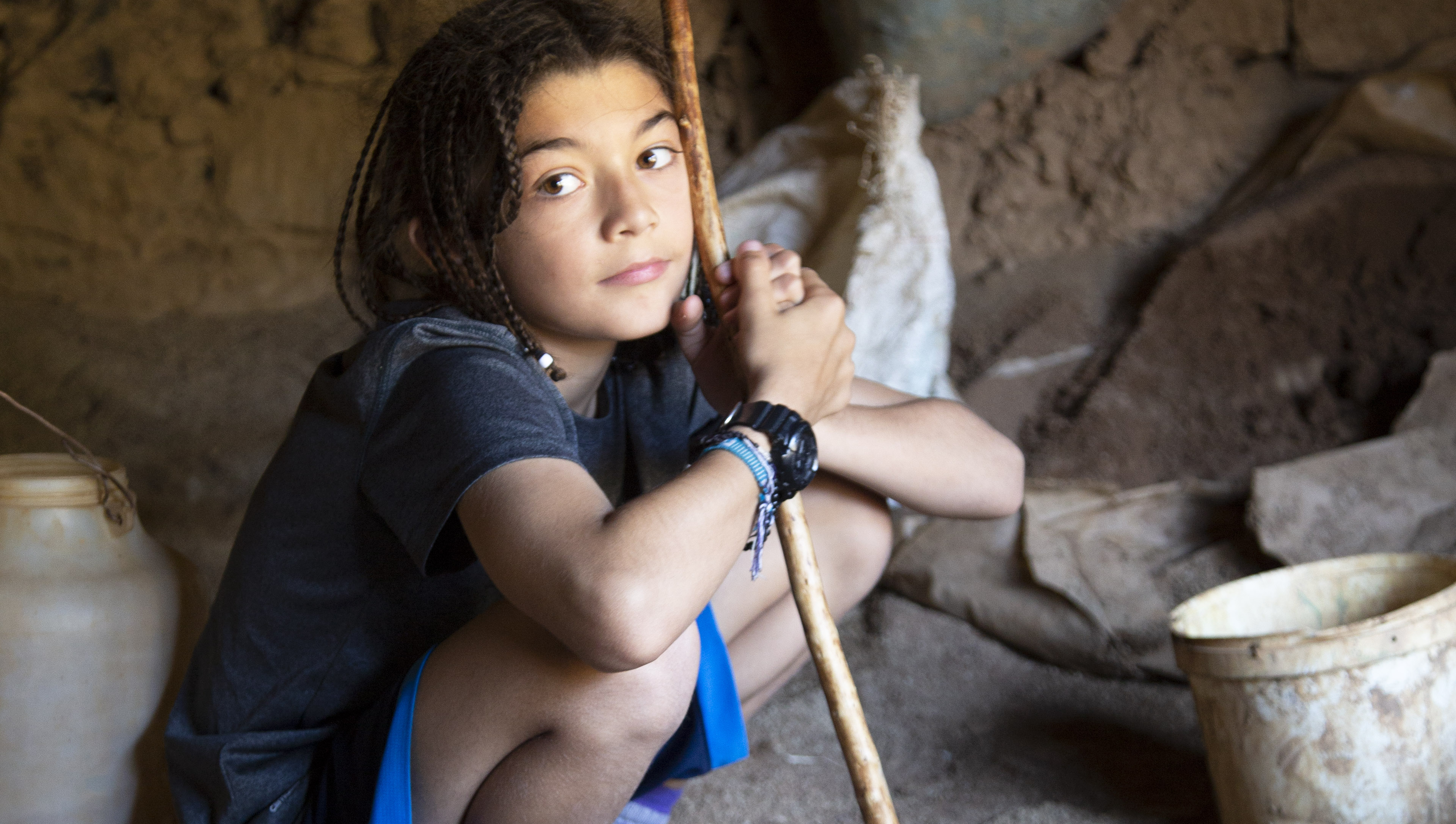 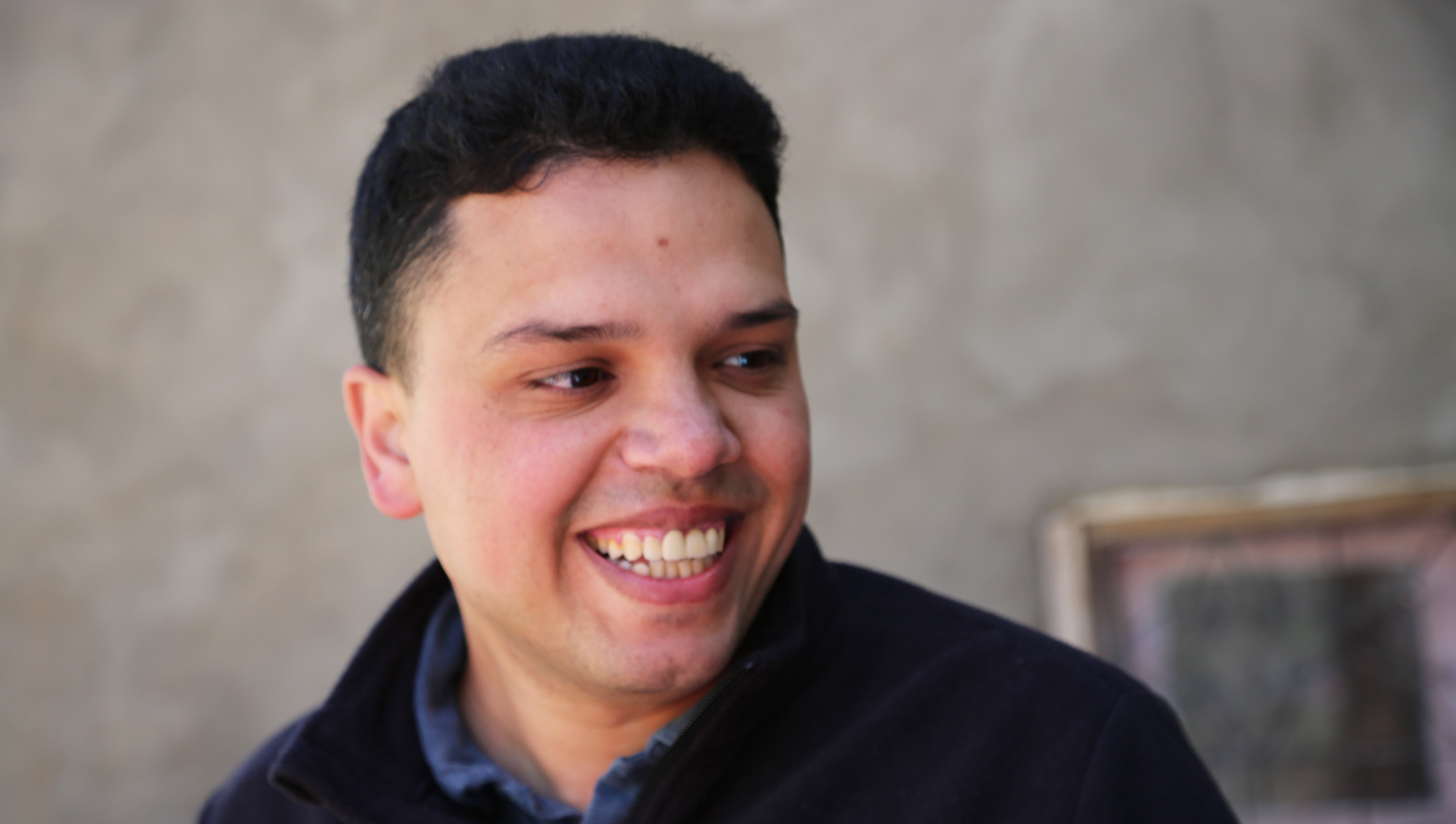 We found calm amid our chaos in a small, amazing Amazigh village, tucked into the high Atlas Mountains of Morocco. And it was magical.

During our visit to Morocco, we took advantage of a unique opportunity to live with a local Amazigh family for a weekend. We wanted to experience the culture up close and personal, and we longed for a break in our routine.

Our life as WorldTowners is somewhat simple. We have virtually no commitments and only a handful of errands, barely any stuff and everything we need to survive travels with us every, single, day. But, among all that simplicity is underlying chaos. We run a start-up from an RV, while worldschooling two kids. Need I say more? Life is simple in many ways but spinning out of control in others. When I mentioned to Will that I thought it might be interesting to get off the grid a bit and connect with a local family during our Moroccan travels, he was 100% on board.

His hesitation came midway up the side of a mountain in a motorhome.

We have had our fair share of nail-biting, edge-of-the-cliff drives on several continents and in numerous countries at this point, but, no matter how many of these we experience, it never gets easier. The high Atlas Mountains were no exception. I believe it was hour four of our cliff drive when Will casually mentioned we maybe should have just headed straight for the desert rather than immersing ourselves in life in the high Atlas Mountains. Our Moroc telecom service was in and out (more out than in). The sun was dipping behind the mountains, and we were on a one-way road with no option to slide over when another car approached. My mind began to wander back to the day we purchased Lemonade, and I inquired about the spare tire.

“Spare tire?” the agent responded. “Well, you will have to call someone to come and repair it. These things don’t carry a spare.”

I kept my thoughts to myself, knowing that if I even partially questioned what would happen if we got a flat in the middle of nowhere, I would cause us to get a flat. Superstitious lately?! I even went as far as to brainstorm what we could jimmy rig in the vehicle to patch the tire in order to get us to civilization in the event of the unspeakable. You can imagine my sigh of relief once I saw two lanes and milder cliffs on the horizon.

As the hours passed on, we kept working our way toward the small pin on our Google map. And, just as the sun was ready to say goodnight, we arrived at our destination—a small village high in the mountains. That said, at the time, it was unclear whether we actually had arrived. We pulled Lemonade into a small turn off, and we were immediately surrounded by friendly kids asking for “bonbon, bonbon.” I had just purchased our Easter candy so we were full of bonbons, but I had been cautioned years before about giving in to the requests of kids in developing countries, as it encourages begging. Our host later affirmed my actions, saying, “We want to teach them to work for what they want, not beg for it.” That said, those children who walked us back to Lemonade on send-off day were treated to a Twix bar from our Easter collection and given a big merci.

Unbeknownst to us, our host did not actually live in the village during the week. As a result, he was having difficulty getting a ride back to the village after having been gone for a week working at a mountain resort. Said, a young man of just 30 years old, had set up this Berber village homestay in the home where he grew up, in order to provide extra income for his parents. As the eldest (and only) boy of the family, he carries a lot responsibility: sustaining the family, funding the education of his younger sisters and carrying on the family name. In addition to his weekday job and managing the homestays, he has several businesses in development. It is clear that Said is very committed to his family and plans on coming back to the village to raise his own family one day.

Our first evening was a bit of a blur. After seven hours of mostly cliff driving, everyone was ready to decompress and sleep in a real bed for two nights, but not before mint tea, snacks and an amazing tagine dinner, for 10. I joke, but either they think Americans eat a lot or they take eating very seriously in this country. We were only able to finish a meager third of what they presented us. I was a bit embarrassed at how little we ate and disappointed because I knew I would be longing for mama’s home cooked tagine hours after we left the village. But you all know how it goes – when you have had a long and stressful day, sometimes you just want to crawl into bed and recharge. 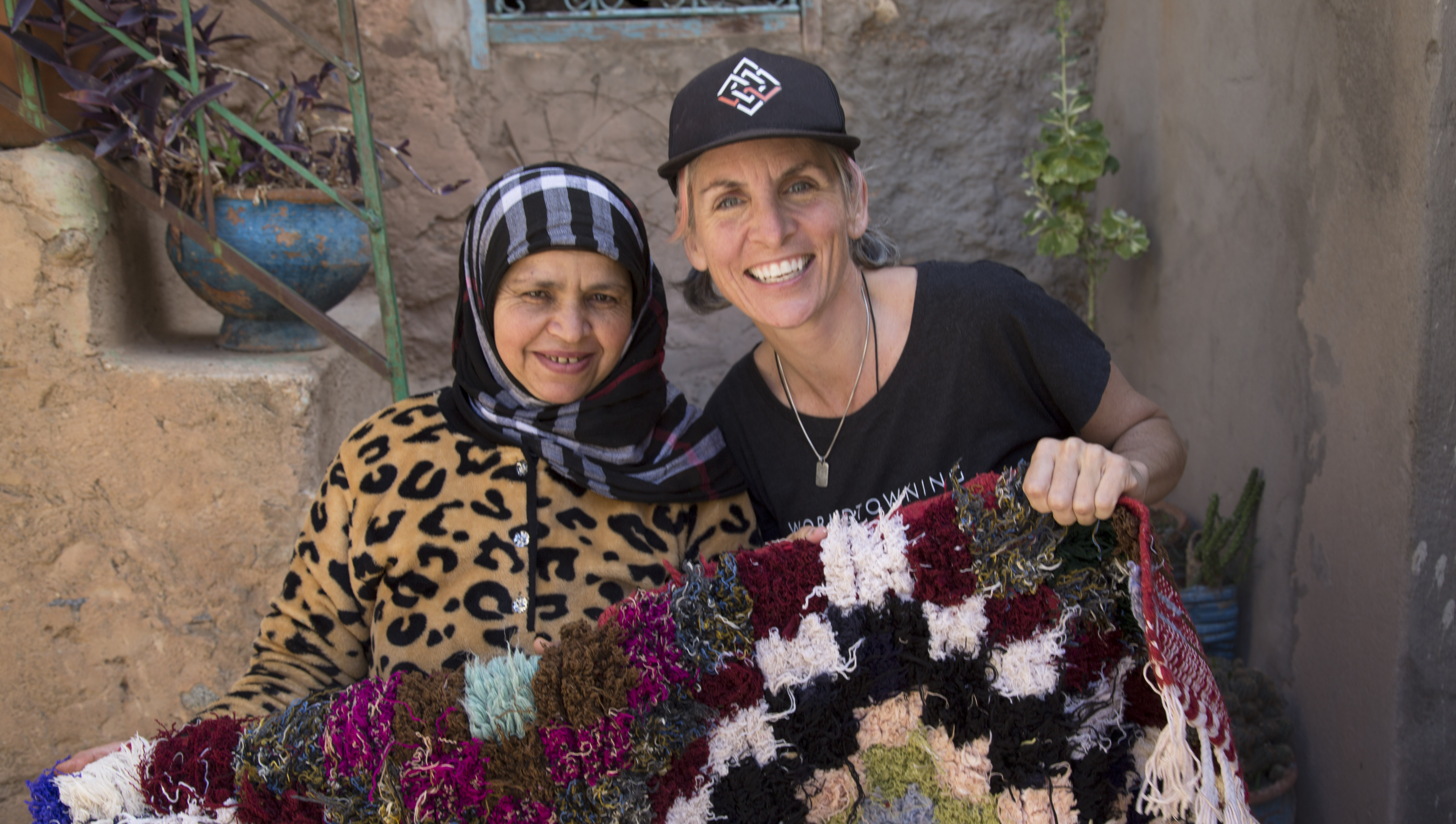 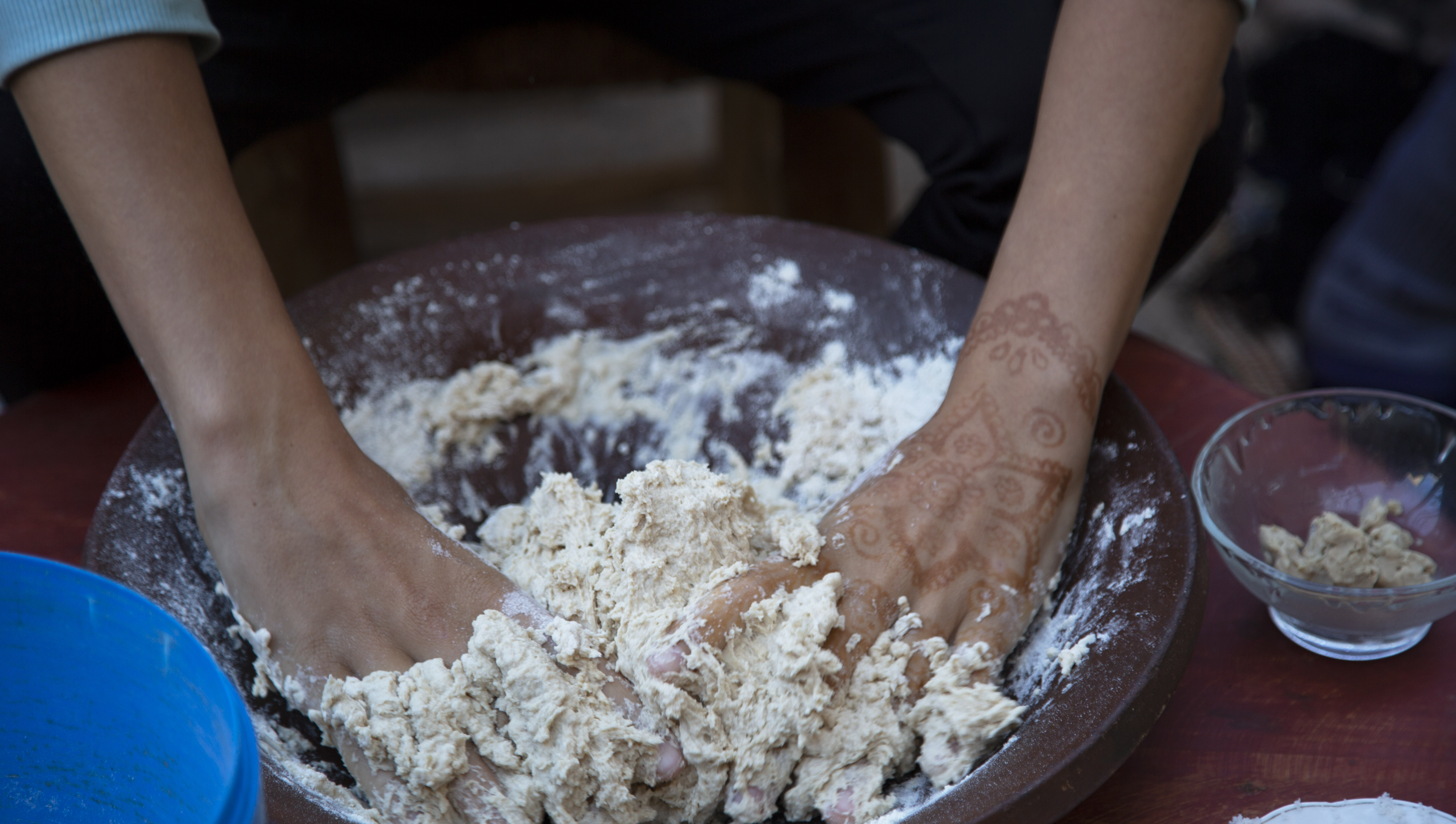 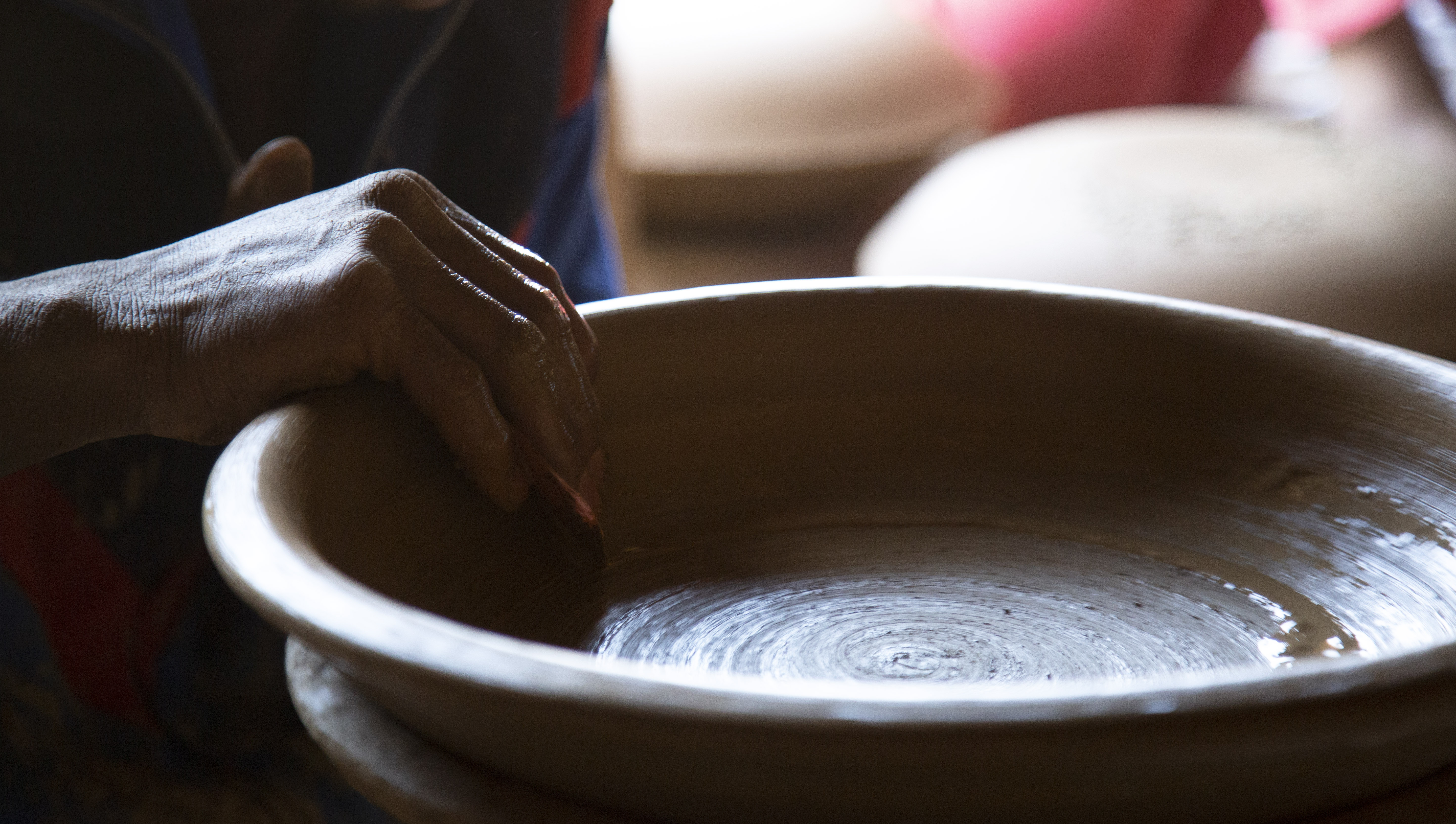 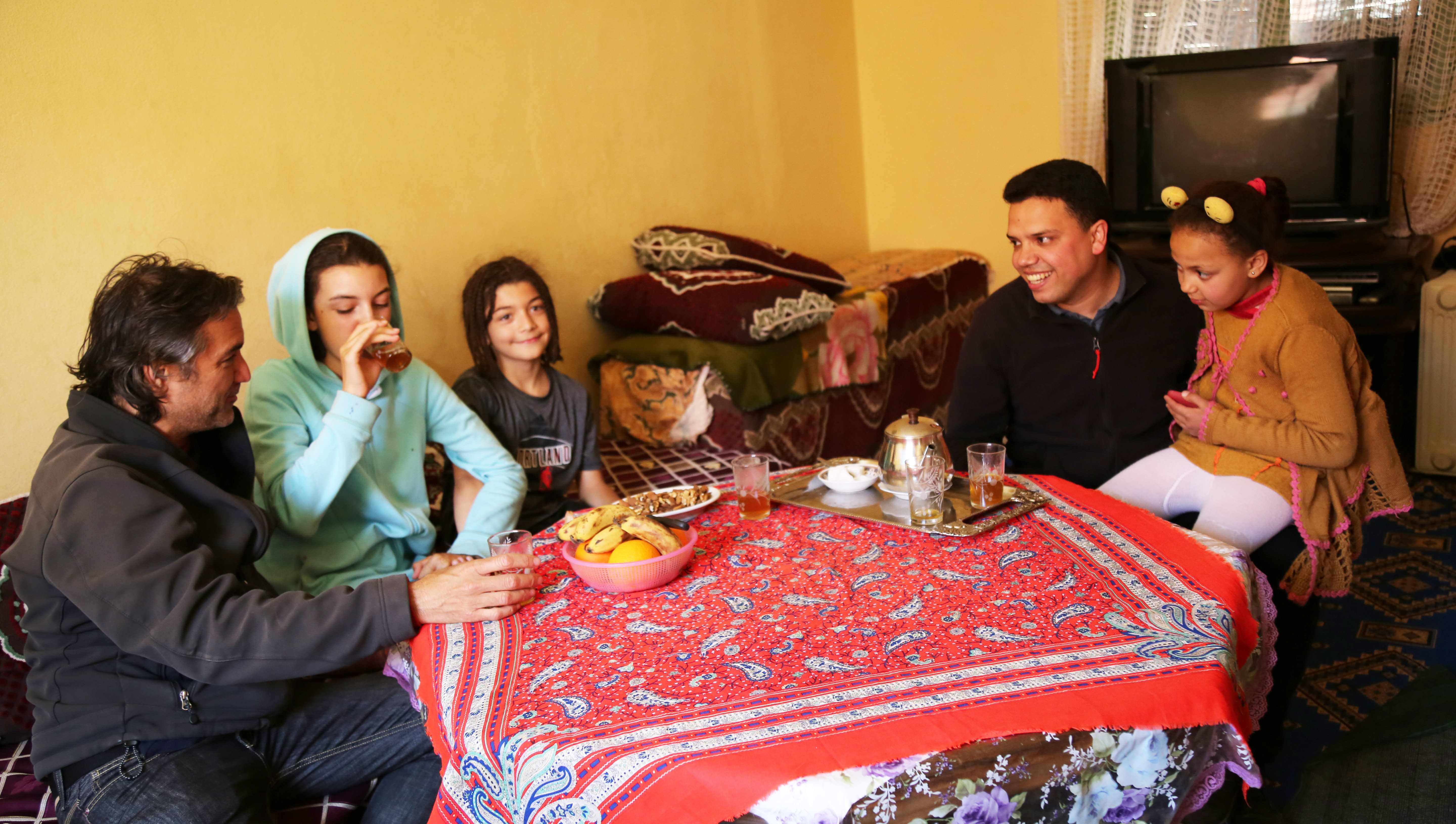 We slept a peaceful 10 hours. The village was quiet and still until mid-morning – or maybe we were just so tired that nothing could wake us. For a family that is used to being woken at all hours of the night by a cast of characters—fighting cats, barking dogs, screeching peacocks, and rowdy roosters—as well as rising just after 6 a.m. most days, we were pleasantly surprised to wake up on our own will just past 9 a.m.

Breakfast was a repeat of dinner—massive on all accounts. Unlike dinner, however, where we sat on the majlis inside the house, breakfast took place on the veranda with the Atlas Mountains as our backdrop. We sat on pillows and blankets around a small table while dining on soup, freshly made bread, eggs, pancakes, fruit and, of course, hot mint tea and coffee. Breakfast smoothly transitioned into casual conversation about the Amazigh culture, where we started to learn more about their unique lifestyle. If you know me, you know I ask a lot of questions – and most of my questions were answered.

During our stay, we learned so much about the Amazigh culture. The Amazigh people were the first settlers in Morocco, and they currently make up 40% of the country. There are three varying regions for Amazighs in Morocco, although you will find them scattered all over the country with a high concentration in Casablanca. They have relatively large families, and the gender roles and responsibilities are clearly defined. There were no blurred lines from what we could see. The Amazigh take great pride in continuing traditions that have been around for generations. Whereas I admire their commitment to preserving their culture, some of their long-standing practices left me with my mouth wide open in disbelief. Women my age are often uneducated, but many are committed to getting their children the education they did not have. The women are strong – like, uber strong. They are responsible for the animals and gathering grass. The bundles they carry on their back weigh as much as 100 pounds. With my messed up neck, my animals would end up starving to death if I lived in a Amazigh village. We learned so much that I could not possibly begin to share it all here.

During the course of the ensuing 24 hours, we visited a birthing center and saw brand new babies, watched tagines cookers being made, took steps into one of the only two Mosques non- Muslims can enter into in Morocco, had lunch in the town, walked to the lake, visited the gardens, had tea with our host family’s relatives, learned how to cook bread and couscous and brew the mint tea, and much more. We also enjoyed the family and played with the village kids.

When we closed our eyes on Saturday night after an entire day of learning, laughing and exploring, I felt complete and exhausted.

Sunday morning brought another feast for breakfast. Again it was fabulous, but this time Avalon was in charge of the bread-making. It was clearly harder than she had anticipated, but overall, she did a fabulous job. After more adventuring, we made our way back to the village for a vegetable lunch before we departed for our week in the desert. But, before we left, the family presented us with a gift—a handmade rug.

The rug is beautiful, but, more importantly, it is made with love and by hand. It was truly an honor to receive this gift when I knew they could easily sell it and support the family with the proceeds for weeks to come. We will treasure it for the rest of our lives, as well as the 48 hours we lived with an amazing family in the high Atlas Mountains of Morocco.

There were so many experiences from this weekend that will live on for me. Firstly, it never gets old watching our children play with kids from a different culture, particularly when they don’t speak a common language. It warms my heart and gives me hope that the generalizations we form can be broken down, and that we can learn to understand, appreciate and love one another for our differences. Secondly, living off the land, with less technology and being surrounded by nature is so alluring and something I always appreciate, even if it is not fully possible in our current lifestyle. Thirdly, slowing down and enjoying life, the food, the conversation, the birds – appreciating the simple things, whatever that may mean to you – is never a waste of time. Finally – I have said it before and I will say it again – the best thing about this lifestyle is the amount of time we get to spend together as a family, and the second best is the people we meet along the way. I am forever grateful for the people who welcome us into their homes as we journey as #WorldTowners.