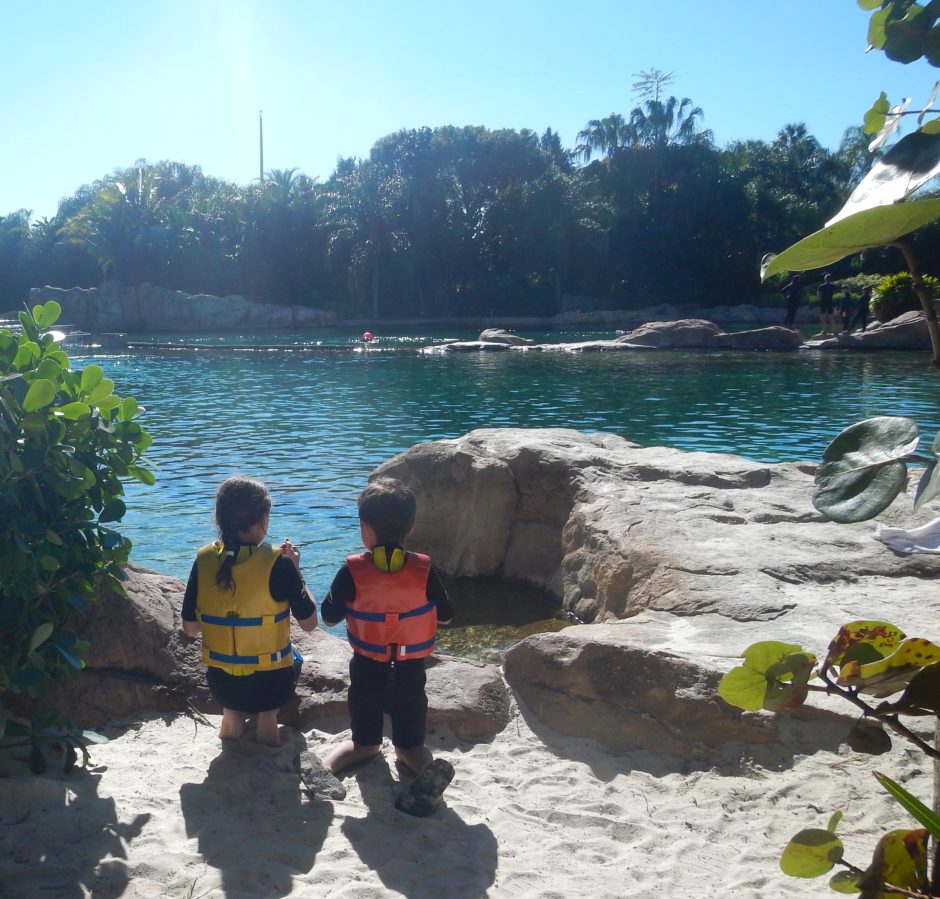 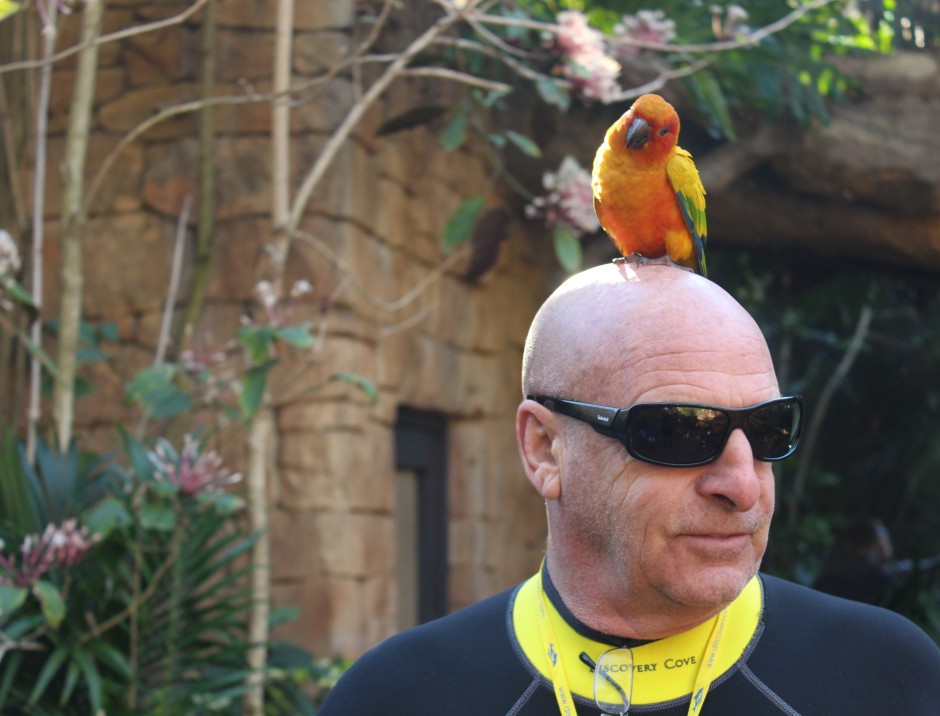 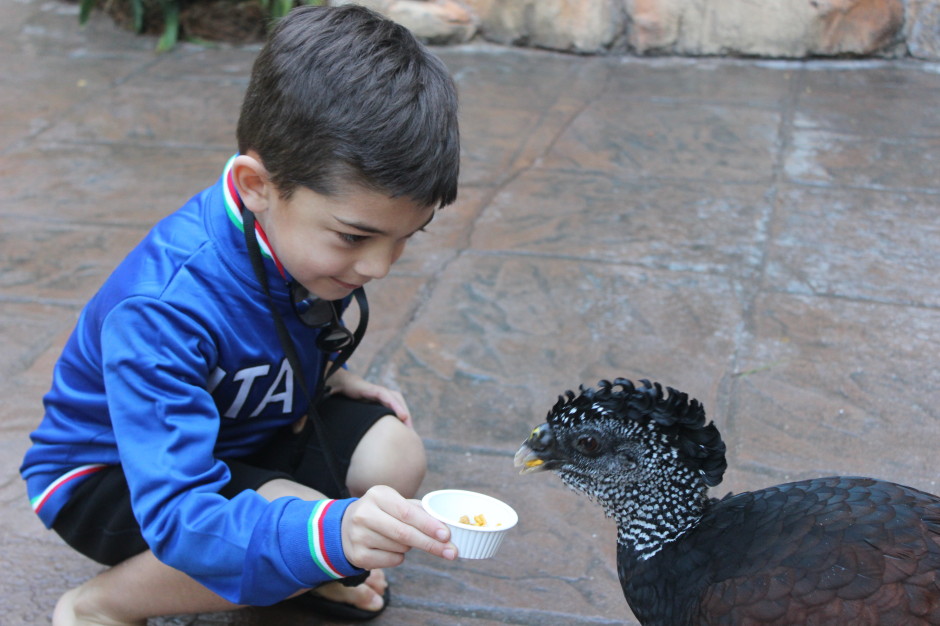 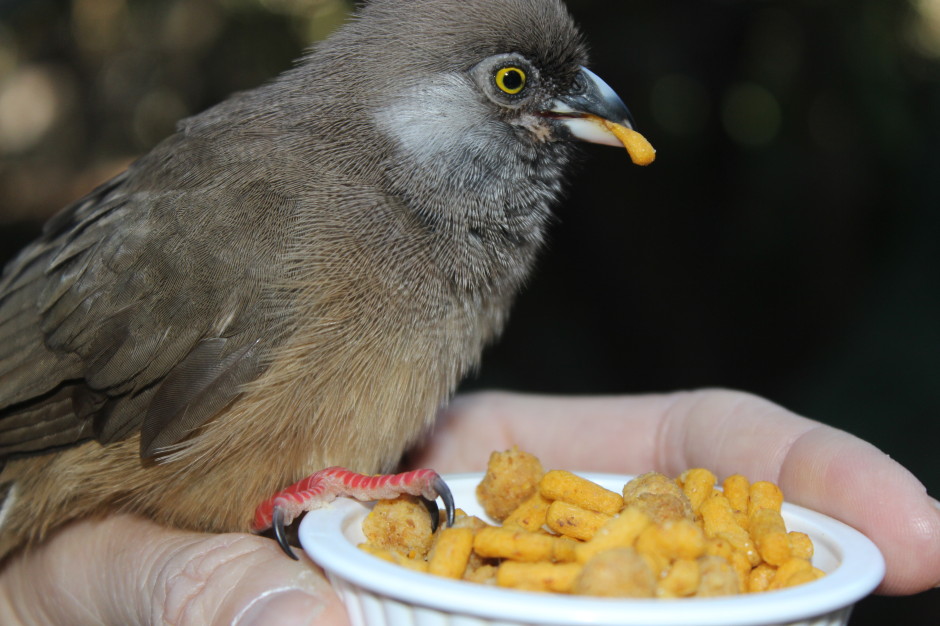 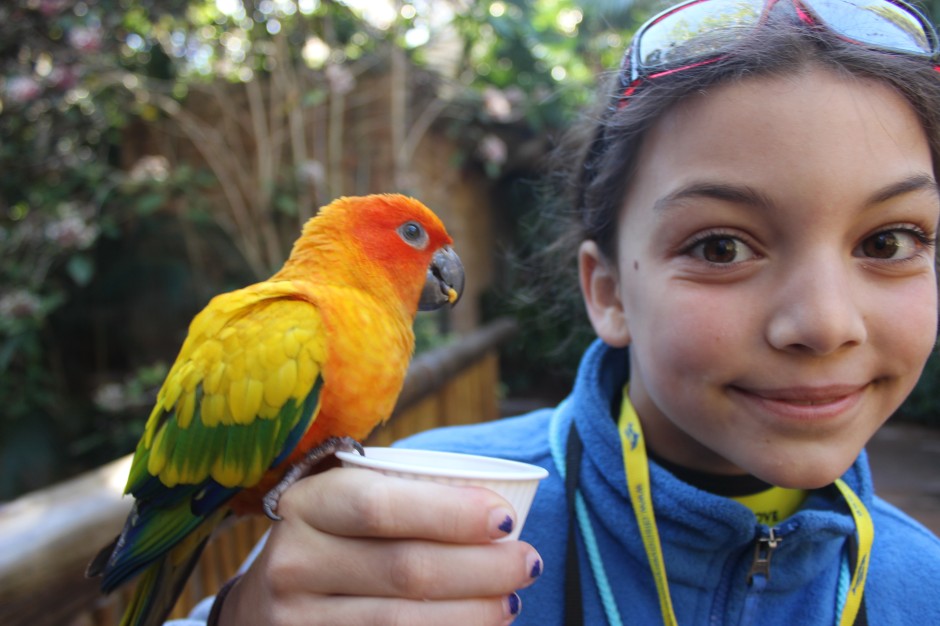 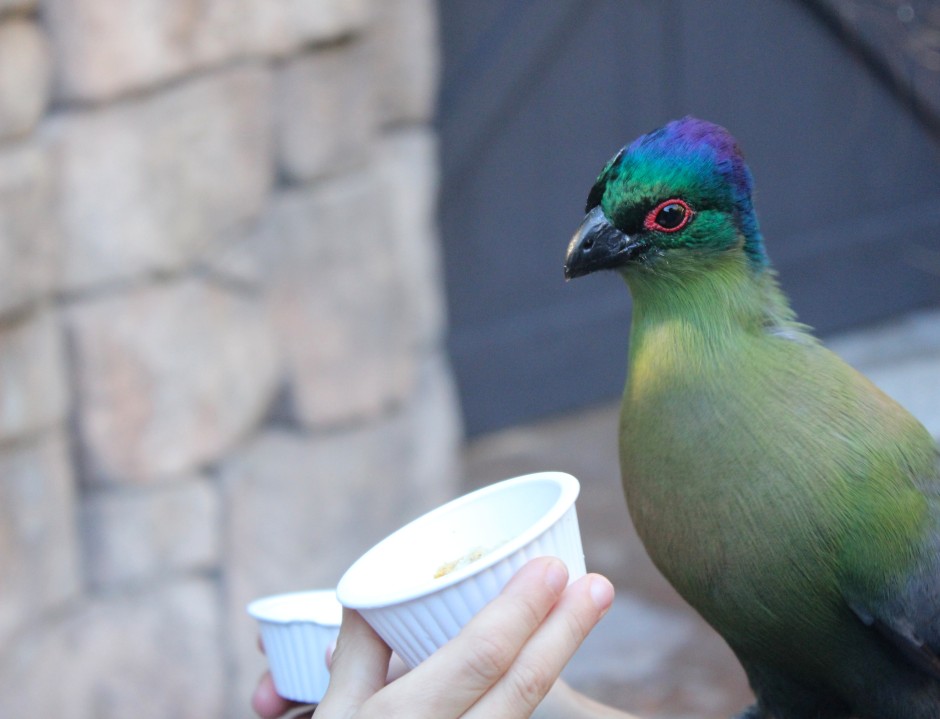 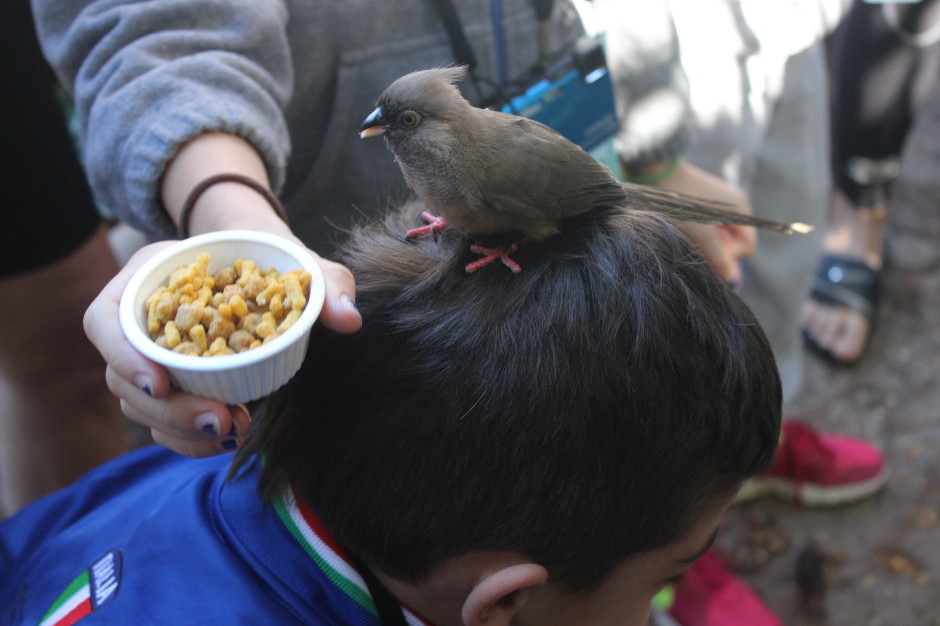 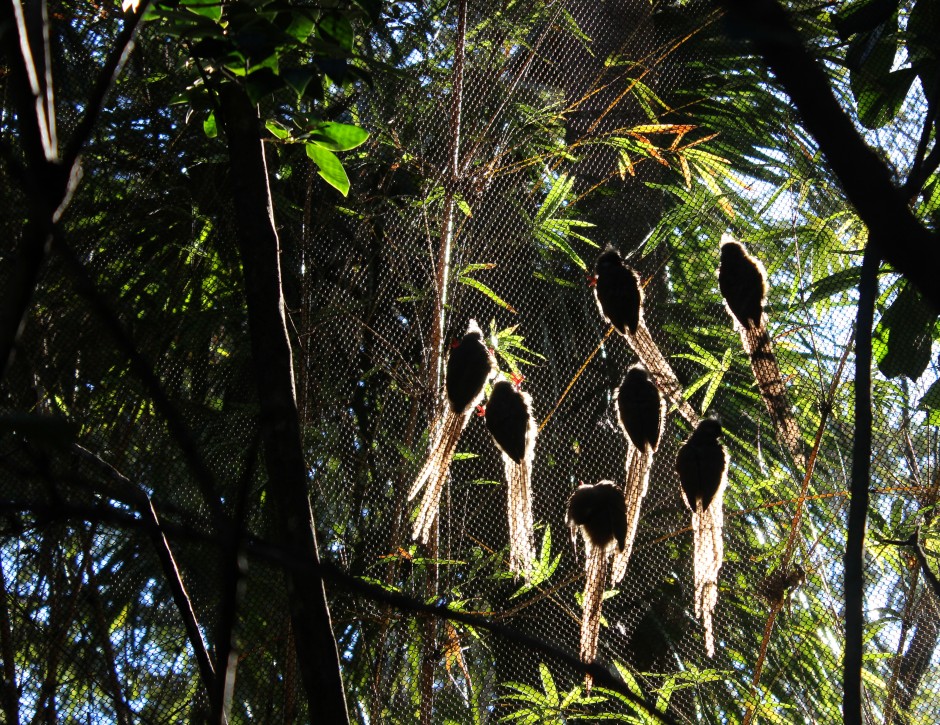 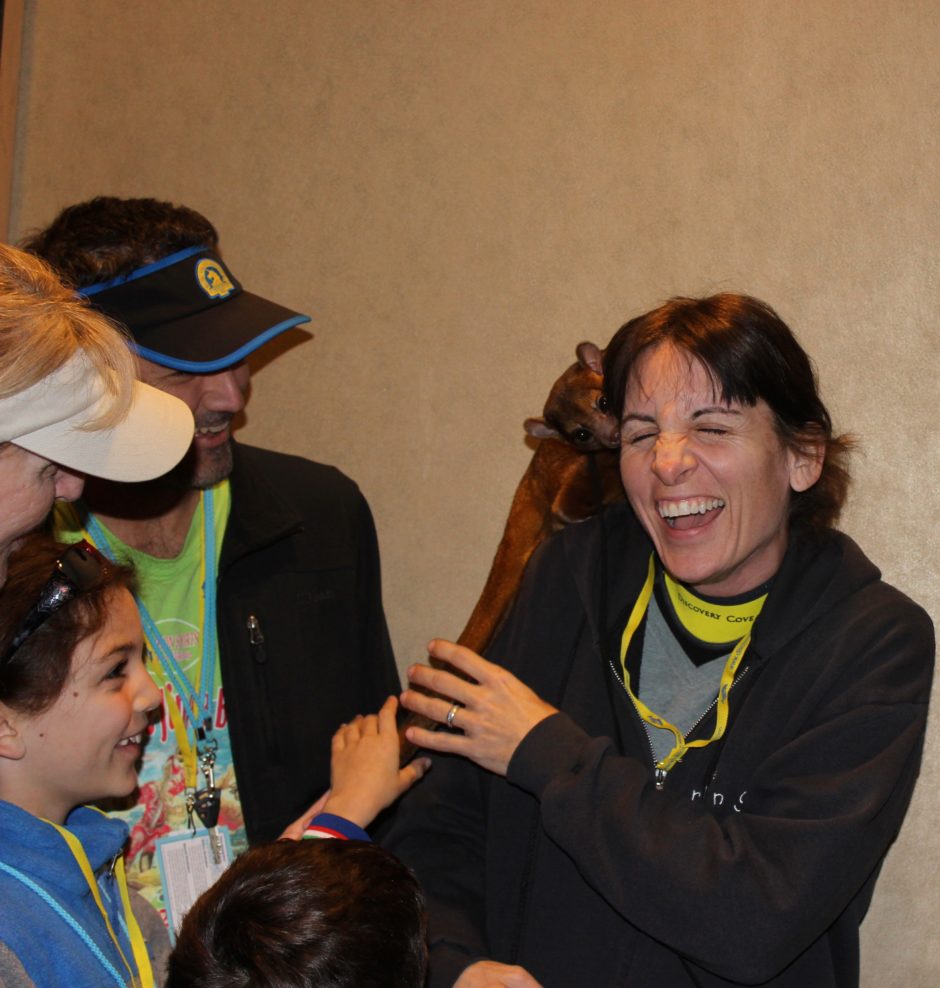 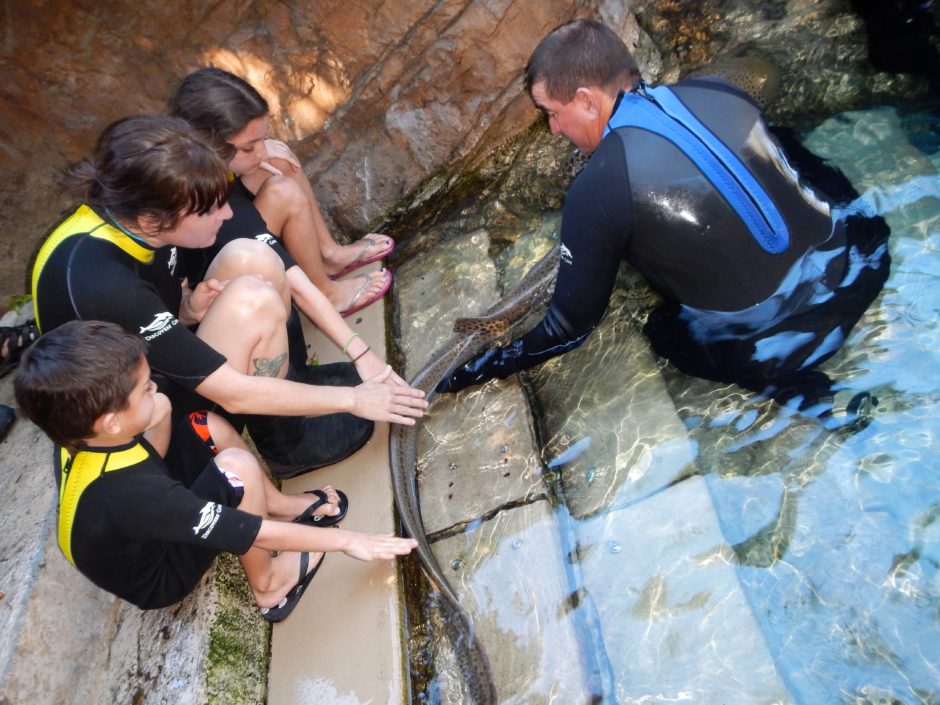 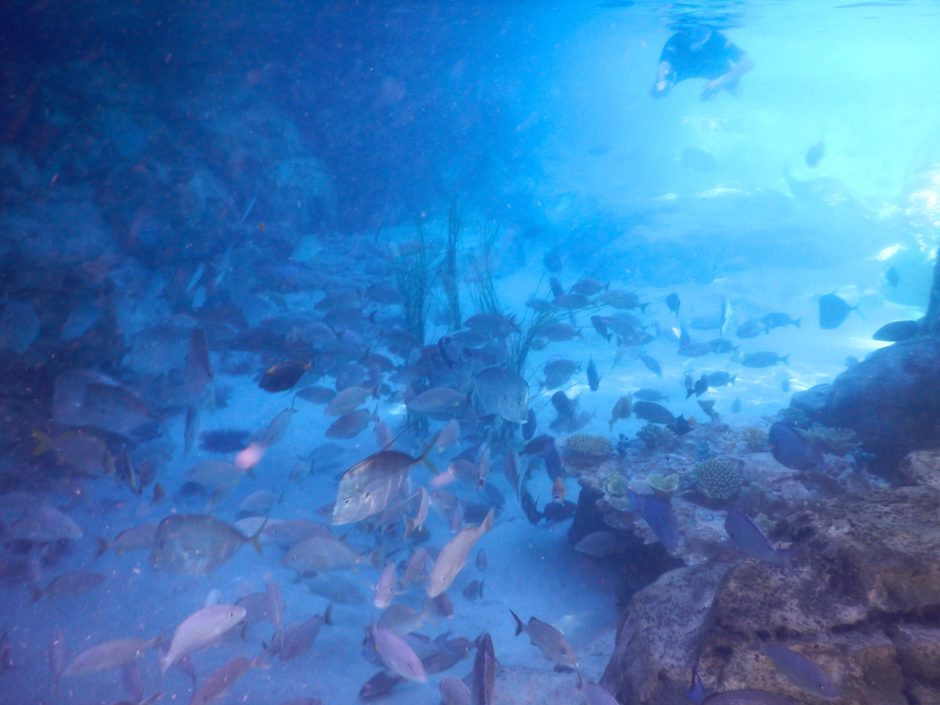 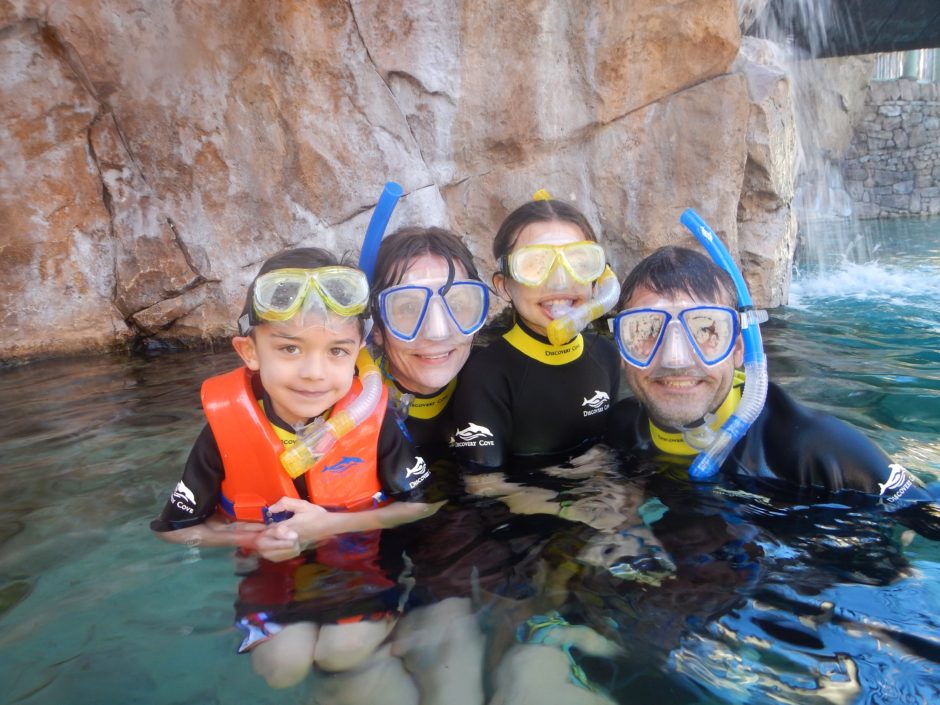 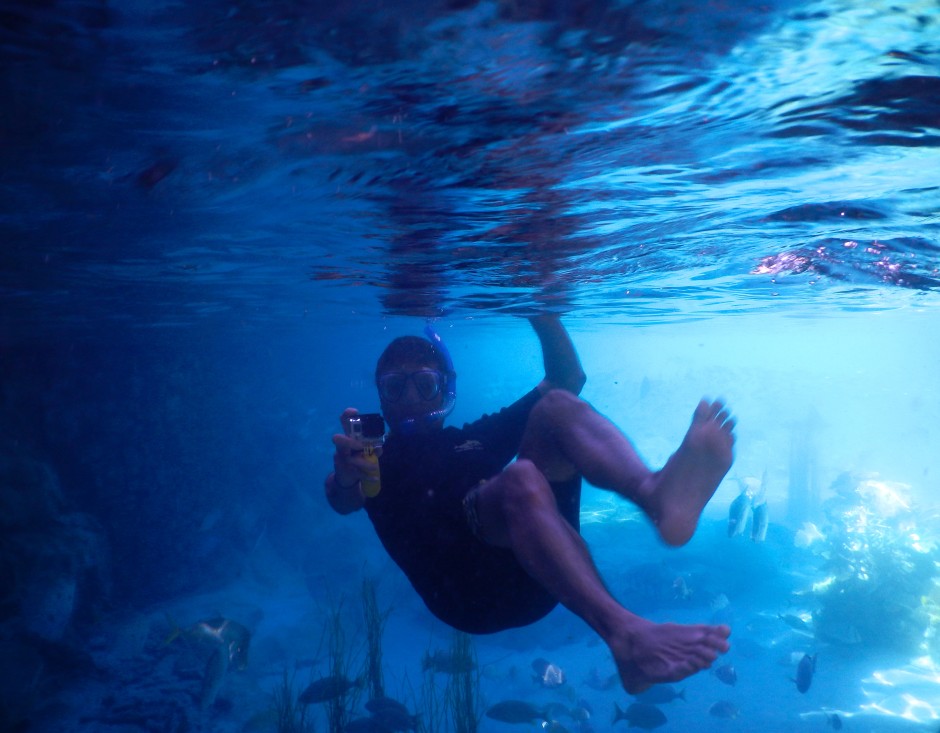 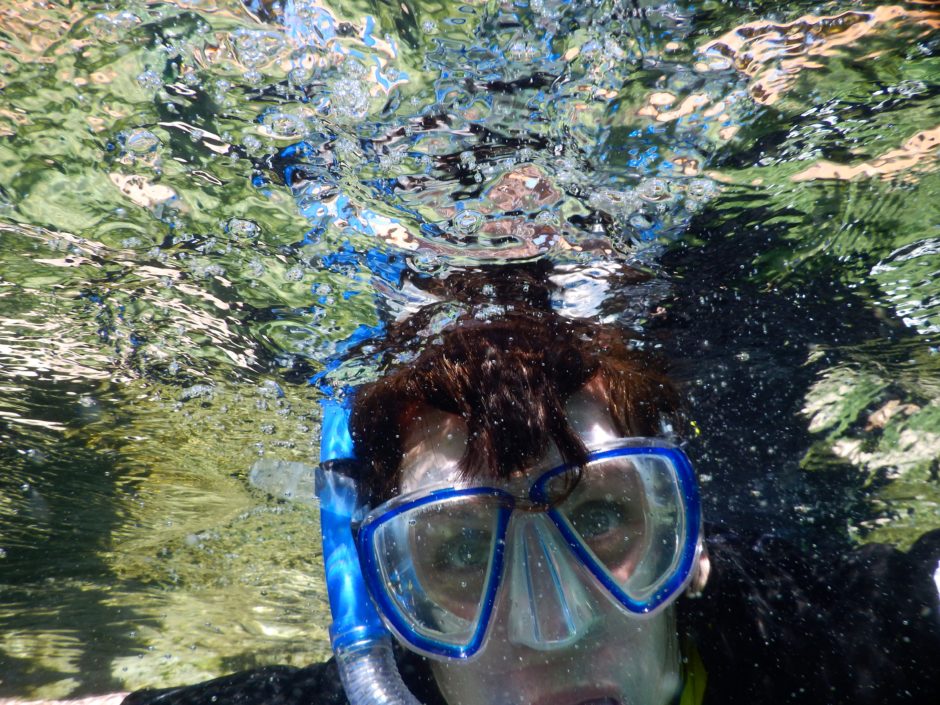 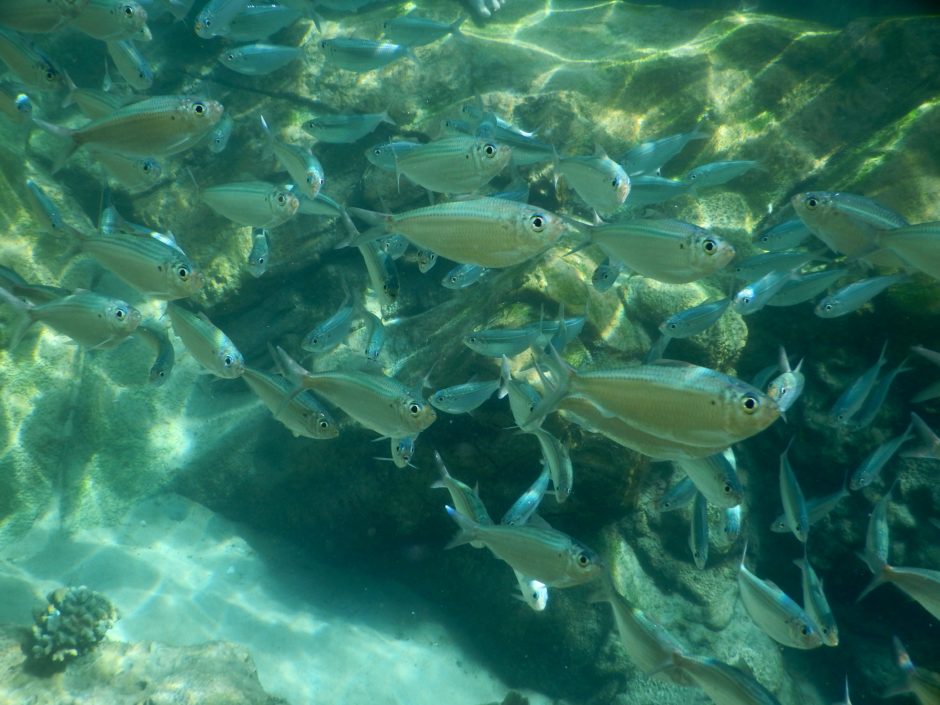 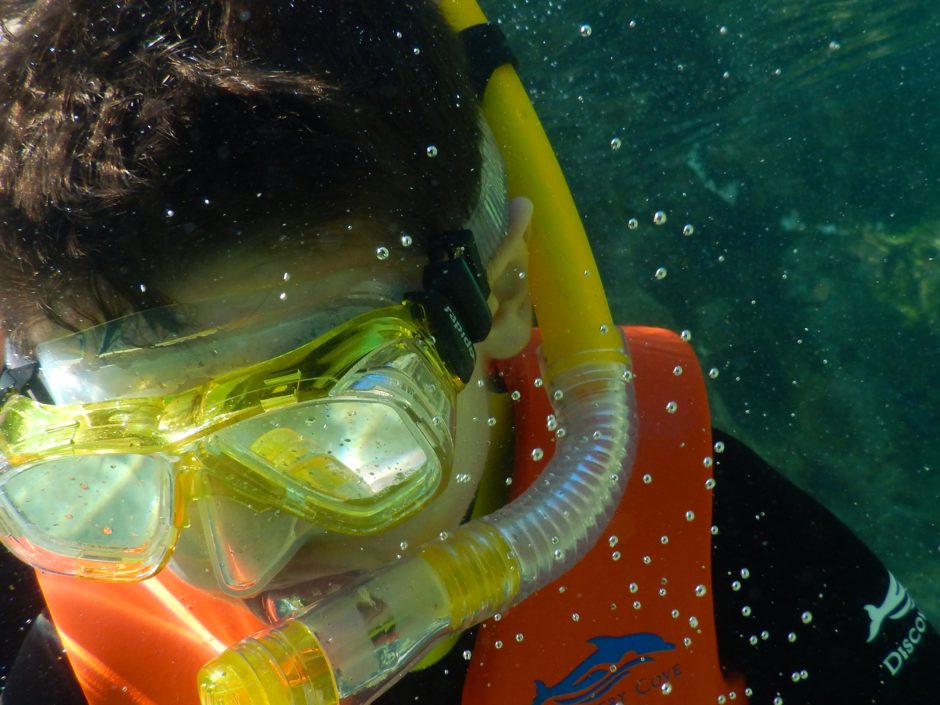 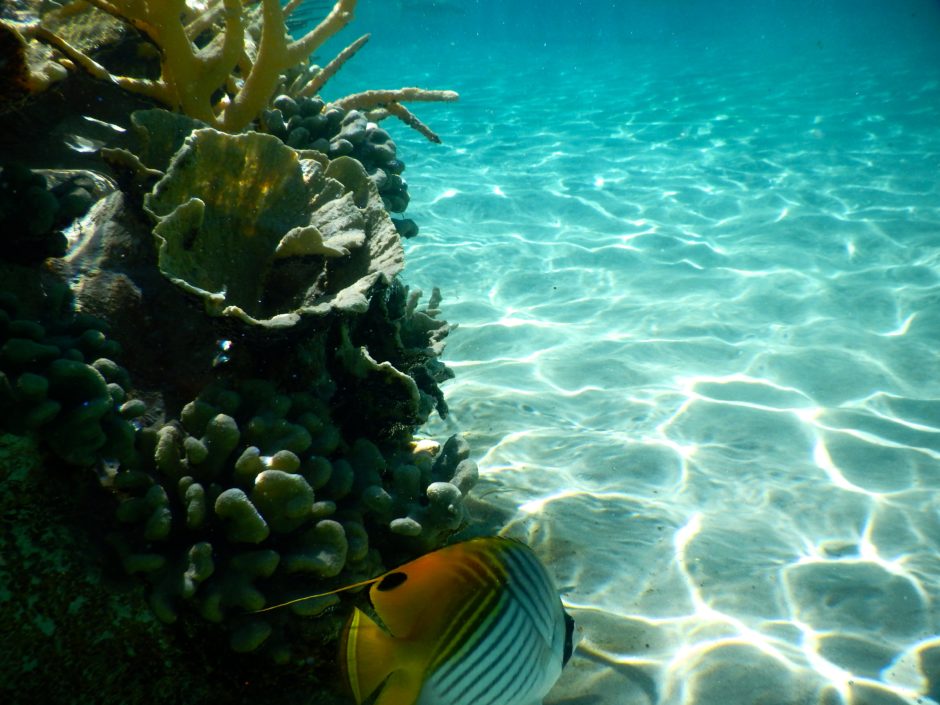 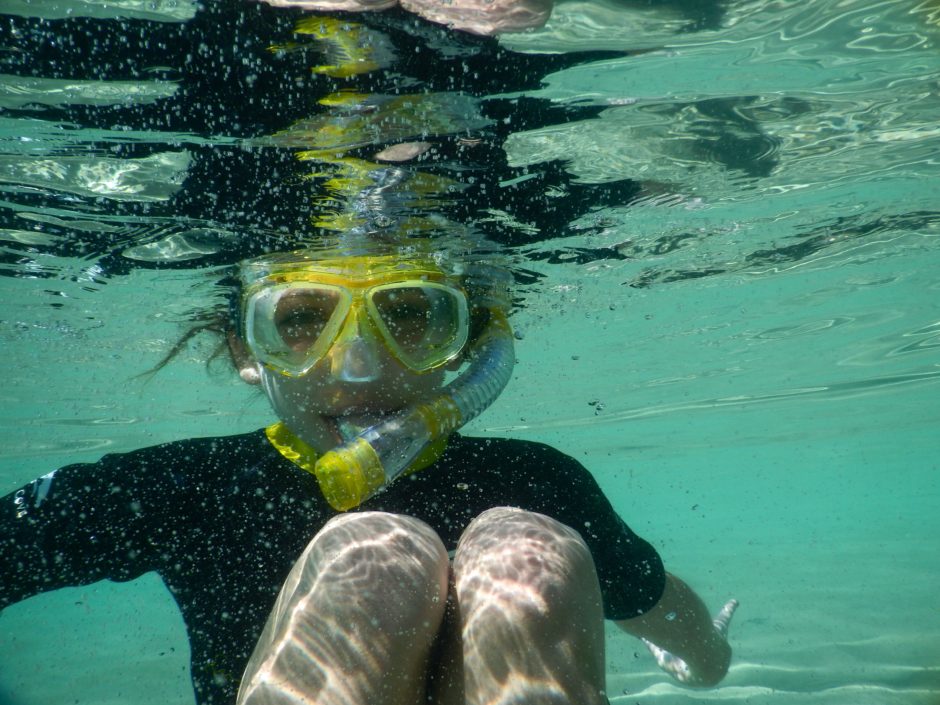 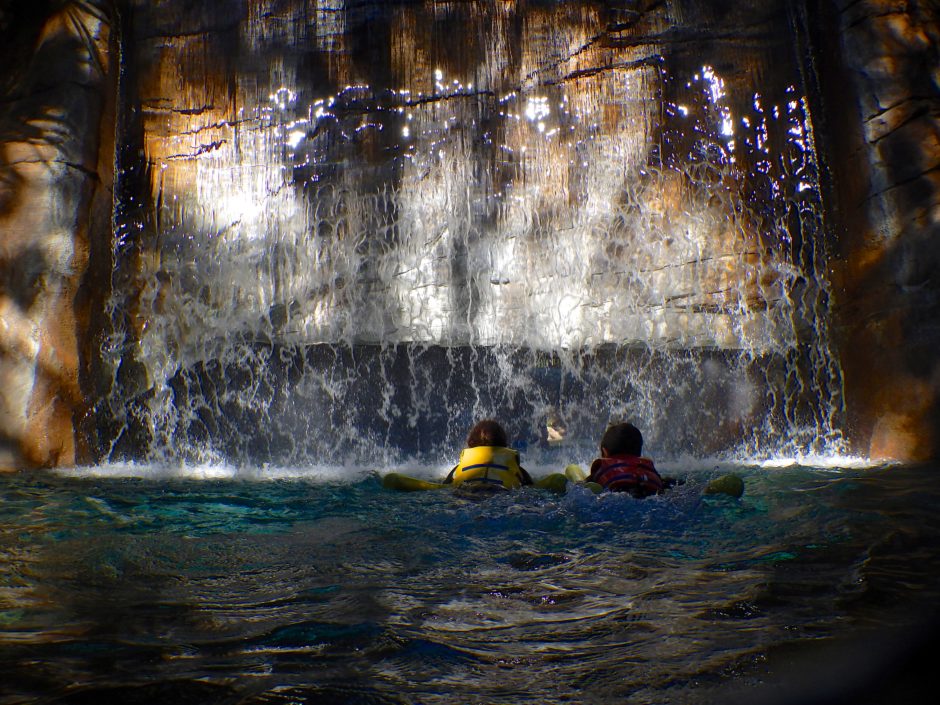 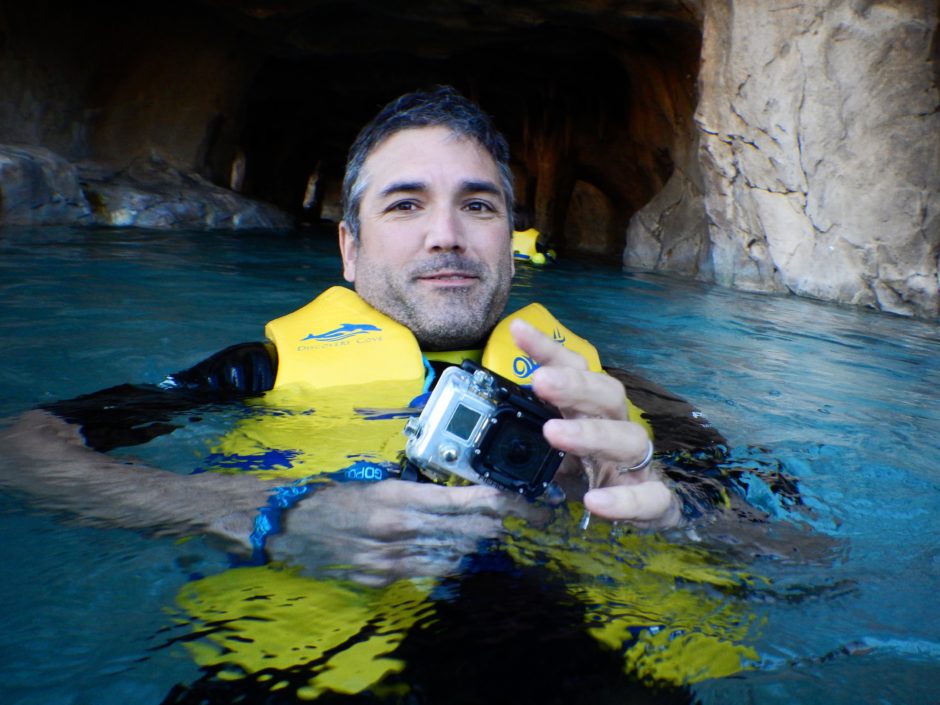 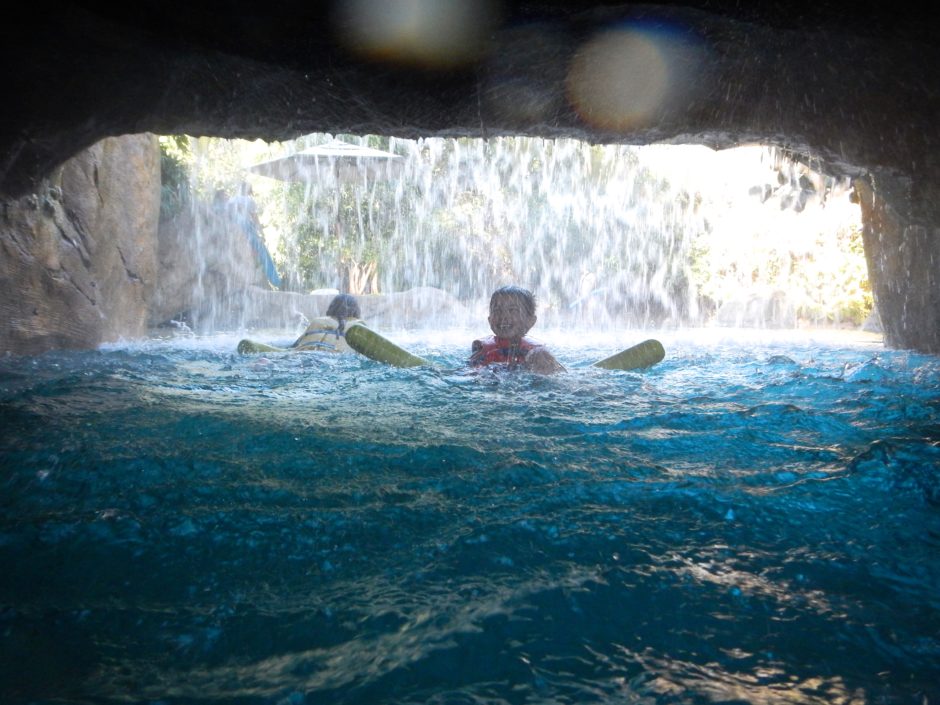 Hello friends. As most of you already know we had a bit of self induced drama getting to Florida, but we made it and that is all that counts. The desire for warm weather and being able to spend time with Will were two of the big reasons we did not want to wait until our rescheduled Sunday flight, but there was one other reason. We had reservations to swim with the dolphins at Discovery Cove on Sunday. We have been wanting to do this as a family for many years and finally this year Largo made the age cut, six years old. Now I have to admit I am not a huge theme park person. I find that most parks are over crowded, over priced, rushed and quite frankly they bring out the ugly in people. In addition, there seems to be more of a push to encourage the purchasing of “stuff” and less time spent on the actual learning experience. As you can imagine I went into this situation thinking that it would be another one of those parks. I was wrong. There is a reason this place is ranked the #1 park in the world by TripAdvisor.

Lets start off by talking about the price, brace yourself, it is $488 for the day, per person. Now before you panic let me tell you what is included in that price and you might just think it is worth it, or not. The basic entrance fee is less, but it does not included many of the items below.

For me and several others in our group one of the best parts of the experience was the crowd control and the kindness. They only sell 1300 spaces for the day so you are guaranteed to not spend your day waiting in lines. I never felt rushed or crowded, it was an incredibly peaceful experience. In addition, I did not notice one person pushing, cutting, or setting unkind examples for their children. It was truly a fun learning experience rather than a race to the finish line of consumerism.

We arrived at Discovery Cove at 7:30 am with enough time to check in and relax for 10 minutes before our Trainer for Day program began. At 8 o’clock our two guides (Melissa and Christine) arrived and we all gathered together for breakfast.  Breakfast was yummy (and included in the price). During breakfast we got a run down of the day and began to learn about what it is like to be a Trainer at Discovery Cove. After breakfast we picked up our wetsuits, deposited our valuables into a locker and we were off for a fun filled day.

Our first stop was a special meet-and-greet with tropical birds. The explorer’s Aviary was amazing. I have never been that into birds and watching them, but I could have spent hours in these three spaces. The colors and patterns were a great study for my future design projects. Plus, most of the birds were so incredibly friendly (or maybe just hungry) that they would come and land on your arm and feed out of your hand. There were a couple that were particularly fond of my dad’s bald head and Largos thick hair. Now, if you head to this area watch out for falling feces. These birdies get fed a lot so you can imagine how often they deficate.

Next up was our special meet-and-greet with small mammals. We got to physically see a Kinkajou, a two-toed Sloth and a Pygmy Marmoset as well as, learn about their habitat, eating habits and mannerisms. We were even allowed to hold the Kinkajou. After this interaction we ventured on to the otter house and helped out during feeding time. We learned a lot about otters, but the most interesting was that they are quite vicious creatures even though they are incredibly cute.

At this point it was time to head back to our lockers and prepare for our  30-minute dolphin interaction. This is the swim that every person who comes to the park takes part it. You are separated into your group and each person gets a chance to be pulled by the dolphin, kiss it, pet it, learn about the way it behaves, trains, its markings, and how their personalities differ. The kids and I found it particularly interesting that the trainers knew each dolphins personality. As in our world there is always a flirt, a grump, a grandpa, a wild child, etc, each dolphin had a long history of personality traits that we found interesting to learn about.

Time for lunch, again it was all included in the price. At this point we were very wet and cold, luckily the dining area had heating lamps. Now how cool is that? Then we were off to a behind-the-scenes tour of the Discovery Cove support areas. We learned about all the scheduling and planning that goes into running Discovery Cove. We saw the food room and the intense mapping system they use to monitor everyones intake. We learned about the work schedule of a Dolphin Trainer and how they sometimes have to work the night shift. Then as the grand finale we got to visit a brand new (born Wednesday) baby dolphin in a private tank. Our trainers were fabulous in explaining everything that goes into taking care of these little ones in those first crucial months.

Our final adventure before our last interaction with the dolphins was a swim in the Grand Reef. I had low expectations for this portion of the trip since Will and I have snorkeled many times in the Caribbean and seen amazing underwater life. I was pleasantly surprised by the variety and amount of fish in the Grand Reef. They had to literally drag us out of the Grand Reef for our dolphin interaction.

The grand finale, an enhanced deep-water interaction with dolphins including a private photo session with two dolphins. Plus, a “double-foot push,” in which the guest is pushed through the water by two dolphins. This was our favorite part, we especially liked laying on the dolphins belly while they raced each other upside down in the pool. Don’t worry, we did not go that fast. Also, the double foot push was amazing. The two dolphins would come behind us in the water and push their noses on our feet. This would lift us up out of the water and push us across the pool. It looked like we were running on water. I could have spent all day doing this, except I was freezing at this point. We finished off the day in the Lazy River and Oasis just floating in the warmth and recapping the day.

We only have a couple of suggestions or complaints if you plan to visit Discovery Cove.

Overall I give it a thumbs up. It’s a once in a lifetime opportunity, particularly because of the price. My suggestion, skip all the other parks, go here and then spend $22 for the upgrade to get three more parks.

What is the most amazing animal interaction you have had? Did you travel to a far off land to get it?

p.s. Good news came the other day. Wheels are turning. Stuff is happening. I cannot wait to share everything with you in a month or so. Smiles.